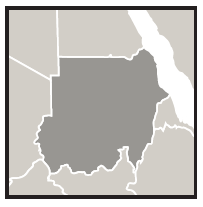 Similarly to South Sudan, Sudan has faced many challenges due to explosive violence but not yet from IEDs. However, there remains a threat due to violence in the region and the increasing use of IEDs in such violence. Sudan is not generally considered a high terrorist target, probably due to its status as a state-sponsor of terrorism. It continues to serve as a safe-haven for members of Hamas, although not as much as it used to, but has increasingly engaged in counterterrorism initiatives.

Though there is only a small IED threat it is worth pointing out efforts that can contribute to C-IED capacity and work that lessen the threat. For example, actors alongside the National Mine Action Centre have engaged in operations to combat mines and other ERW through clearance and MRE programs. This has seen the UN engage in efforts in Sudan, as well as private firms such as Mechem. Clearing ERW and UXO can help in the prevention of future IED incidents – which is no small thing when situated by Chad, Libya and Egypt.

Efforts by the national police in Sudan in capturing wanted terrorists and criminals show Sudan’s have some counterterrorism capabilities, though these remain under-developed and under-resourced. Similarly, the intelligence they provide to other government agencies in allied nations further demonstrates some ability. Sudan is said to have passed on “vital information” on IS activities in Libya, Egypt, Somalia and elsewhere in North and East Africa.

Chad and Sudan established a Joint Border Commission in 2012 to better control the Chad-Sudan border. This sees them cooperate on issues of counter terrorism along the border and other border security issues, such as smuggling.

Sudan has engaged in counterterrorism efforts to protect US interests in the country and has cooperated with the US to counter terrorism financing. Despite cooperative efforts on terrorism financing very little action has been taken to stop the flow of assets linked to terrorist organisations. Further, Sudan has assisted the US in combating the threat posed by al-Qaeda and IS through providing intelligence.

Sudanese troops are part of the Sunni Arab coalition fighting in Yemen, as part of the attempt to restore the government of President Hadi.

Sudan is an active partner in the PREACT programme that seeks to build counterterrorism capacity. As part of MENAFATF, Sudan was removed from the FATF blacklist in October 2015, due to its “significant progress made in addressing the strategic AML/CTF deficiencies” that had previously been identified with Sudan.

Sudan has been eager to play a role in the fight against IS, and has been assisting Western forces in this effort. This is thought to be an attempt to develop closer ties to the West and see economic sanctions against Sudan eased. Sudan is said to have already passed vital intelligence to the US and other counter IS allies. Sudan also assisted INTERPOL in finding Nigerian terrorist, Aminu Sadiq Ogwuche, and found and extradited a wanted human trafficker to Italy.

A UNMAS Programme was established in 2002 following a tri-partite Memorandum of Understanding (MoU) signed by the Government of Sudan (GoS), the SPLM (Sudanese People’s Liberation Movement) and UNMAS. The agreement provided the framework for mine action activities throughout Sudan. The Comprehensive Peace Agreement (CPA) signed in 2005 and the UN Security Council Resolution 1590 that established the United Nations Mission in Sudan (UNMIS) further enhanced the role of the UN in the field of mine action.

In April 2015, UNMAS became the lead mine action actor following an assessment mission in March 2015. UNMAS now supports and assists the Sudan National Mine Action Center (NMAC) in building institutional capacity, meeting obligations under Article 5 of the Anti-personnel Mine Ban Convention (“Ottawa Treaty”) and other relevant international treaties, in addition to mobilising resources for land release, MRE and victim assistance.

Nine of 18 states of Sudan are reported to be affected by landmines and ERW, with South Kordofan, Kassala and Blue Nile States holding the highest concentration of landmines and ERW. Over the last three years, the number of mine/ERW victims has risen considerably. UNMAS’ priority is to support NMAC, to release land through surveys and/or clearance operations, return land to local communities and grant access to the wider humanitarian community that delivers humanitarian emergency aid.

Since the separation of Sudan and South Sudan in July 2011, the conflict in South Kordofan and Blue Nile states has limited mine action operations to these two most affected states. Another challenge is that access is limited as mine action activities and operations are normally impacted by the heavy rains between July and September.

In 2016, $12.4 million was required to complete release operations in the Eastern States, conduct emergency clearance in the South Kordofan and Blue Nile states, conduct MRE, VA and strengthen national capacity. To date, the programme has received in total $2.4 million from the Government of Japan and Italy for land release, MRE, VA and capacity building activities. In addition, the government of Sudan is contributing $2 million to support operations on the ground.