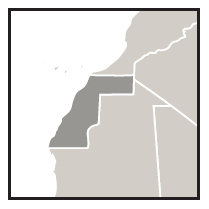 As a territory highly contaminated by landmines (over 7 million) and other UXO, the removal of these has been a top priority for the civilians living in Western Sahara and humanitarian demining organisations. The Polisario Front, the official government of the Sahrawi people, has destroyed over 10,000 stockpiled mines, as part of its pledges under the Geneva Call Deed of Commitment. The removal of such ERW also prevents their use in IEDs.

The progress of all demining efforts can be hindered by tensions and conflicting claims over land in Western Sahara. It can prevent access and make it dangerous for NGOs and other organisations to assist in demining efforts.

The UNMAS in Western Sahara – MINURSO – has destroyed thousands of mines and ERW and released over 50 million square metres of land. They have also provided MRE to local, nomadic and refugee populations in the region to ensure their safety. This education has been provided to more than 30,000 people.

The funding for the UNMAS operations in Western Sahara primarily comes from the UN Assessed Budget, which allows surveys, clearance activities and capacity development to take place. MINURSO’s efforts were assisted by AOAV and Mechem. 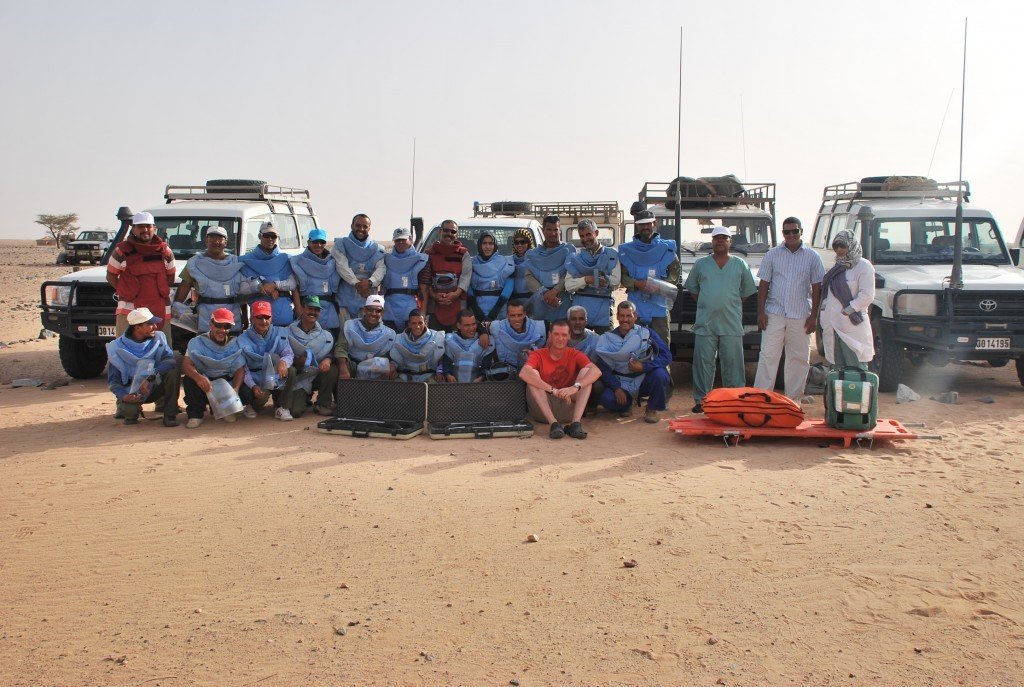 The GICHD provides support to the MINURSO demining operations in Western Sahara, as well as to the Royal Moroccan Army. GICHD assist the field management of both actors. Additionally, they provide support and training to MINURSO on information system management for mine action.

NPA began assisting the Saharawi people in September 1997. Though their work has been impacted by the tension and conflict, they have made significant differences to demining and mine awareness in Western Sahara. In recent years, the NPA have been conducting MRE in Western Sahara as well as landmine and UXO clearance. They have two teams working in the country. The NPA are also campaigning for international support to pressure Morocco to demilitarise its wall of occupation in Western Sahara and engage in efforts to assist with demining and EOD.

MineTech International was awarded a contract in 2014 to support the humanitarian demining operations in Western Sahara. They were contracted to provide landmine and ERW clearance capacity along the heavily contaminated Berm boundary.