Over the last five years, Pakistan has seen 13,475 deaths and injuries from 831 IED incidents. Of these casualties, 81% (10,868) were civilians. Like Afghanistan and Iraq, IED incidents in Pakistan have decreased. The most commonly used IED in this period – where reported – was that of remotely detonated IEDs – this accounted for 57% of incidents where the type was known. However, whilst suicide attacks accounted for 29% of attacks, they caused the most harm; totalling 53% of all casualties. Remotely detonated IEDs caused 35% of all casualties.

However, Pakistan has also seen the number of deaths and injuries per IED incident decrease, albeit somewhat erratically, over this period. This is likely due to the C-IED measures being put in place in the last few years, alongside further counter-terrorism efforts.

The Pakistan Army has introduced some restrictions for the availability of calcium ammonium nitrate-based fertilisers, particularly in the most volatile regions, such as the Federally Administered Tribal Areas (FATA). These restrictions though have also had an impact on local farming and have led to calls for improved regulation rather than restrictions.

Due to the high threat of IEDs across the country from insurgency groups, developing C-IED capabilities has been a high priority for the Pakistan Security Forces over the last few years, and the Security Forces have requested and accepted training from foreign forces.

The Pakistan Army has its own C-IED school. Though the school has mainly been used by the military it is also used by the police and other security actors who are likely to be first on the scene in response to local events and threats. The school mimics many of the urban environments in which the army and police are likely to encounter an IED. The school bases its training on the scenarios that the militants planting the IEDs have used and are likely to use again.

Pakistan’s Police Bomb Disposal Unit responds to IED incidents or suspicious objects being reported, and the unit that has seen many successes in defeating IEDs. Between 2009 and 2013 alone, Pakistan’s Police Bomb Disposal Unit was able to destroy over 5,000 explosive devices. These have included IEDs from truck bombs to child suicide bombers, as well as the more prevalent roadside bombs.

The BDU also has its own Police School of Explosive Handling (PSEH) in Nowshera, which began operating in February last year and has seen hundreds of police officer from BDUs receive additional training. The PSEH provides training to those at all levels of experience. Courses can cover basic IEDD, awareness, as well as refresher courses, and others focus on post-blast investigations.

Both the PSEH and the BDU suffer from considerable funding issues which affect equipment as well as salaries and personnel. This means the job becomes more dangerous and there are less people willing to do it given that there is little monetary incentive. The lack of funding has had a serious impact on their work and bomb disposal operations across the country. Both continue when possible to respond to IED threats despite their limited capacity.

Pakistan’s border security continued to improve. Biometric screening takes place at the borders and information was maintained on a national database. Improvements looked to address Pakistan’s smuggling prevention capabilities through training efforts. Pakistan’s border security could further be addressed through the procurement of equipment, such as scanners, and funding for staff. In particular regard to C-IED efforts at the border, Pakistan’s End Use Verification by Customs personnel saw investigations into dual-use chemicals that could be destined for use in IEDs.

However, it should be noted that there has been resistance from Pakistan in conducted and implementing C-IED efforts. Pakistani intelligence has also been found to assist and fund several terrorist groups over the years, primarily the Taliban in Afghanistan, and the components of many IEDs in Afghanistan can still be traced back to Pakistan.

Over 5000 members of Pakistan’s security forces are trained in C-IED. They have been supported by foreign forces to develop their C-IED capabilities.

The UK assisted in training the security forces in C-IED techniques such as: finding and defusing IEDs, and gathering and analysing forensic evidence from bomb scenes. This is to not only assist in defeating the device but also aids in preventative action through attacking the network C-IED. The US has also provided its expertise through training efforts with the assistance of the US’ Joint IED Defeat Organisation (JIEDDO). Most of these have taken place at the Pakistan Army’s C-IED school, which was designed to help develop the soldiers’ capabilities.

However, C-IED efforts have been reported to often be hampered by bureaucracy. This has seen foreign trainers forced to leave the country and cancel training courses while their visa is being renewed, or their equipment is held for months in customs. This has proved a significant hindrance to C-IED efforts and assistance.

Pakistan received £12,915 million worth of equipment and spare parts from the UK government at Pakistan’s request. Equipment supplied by the US to aid Pakistan’s C-IED efforts has included detection kits, jammers, and mine resistant vehicles.

Both Britain and the US have aided in the form of equipment to aid the Police Bomb Disposal Unit’s C-IED efforts. Britain has supplied the unit with sniff dogs, bomb disposal suits and at least four remote-controlled bomb disposal robots. Other equipment at their disposal includes investigative kits and vehicles which were provided by the United States.

The US and Pakistan have been engaged in diplomatic efforts to encourage stricter regulation of trade in explosive precursor materials as well as information-sharing. Though the restrictions are not as strong or wide as the US and Pakistan’s neighbours may like, the Pakistan Army have introduced some restrictions for the availability of calcium ammonium nitrate-based fertilisers. The US continues to urge Pakistan to stop producing the CAN-based fertilisers completely – they even tried to make it a condition of the US Aid Bill.

The US requested Pakistan put in place a C-IED strategy in Pakistan that will not only counter the IED impact in Pakistan but also in Afghanistan. Part of that strategy was supposed to be the Counter-IED Act 2012 (C-IED 2012). Draft legislation for the National Strategy to Counter-IEDs was to be tabled in Parliament in 2012. However, there is no record of the C-IED Act 2012 having been drafted or approved and it appears little has been done to put any such action into effect.

The United States and Pakistan’s cooperation has extended beyond training and policy, and has seen both sides participate in information sharing efforts. The Pakistan Security Forces often share information on roadside bombs, whilst the US assists in sharing expertise on militant tactics and C-IED techniques. The US has also provided public awareness campaigns to the people of Pakistan. This aimed to increase the public’s knowledge of the IED threat as well as of the terrorist networks that employ them.

Pakistan is a member of the APG. Pakistan’s progress in addressing terrorism financing and money laundering to comply with international standards, saw it removed from the FATF’s review process in February 2015. However, there are still many organisations that fundraise and finance terrorism within Pakistan, which suggest greater work needs to be done to investigate and, most importantly, prosecute those financing terrorism within the country, particularly in border areas.

Pakistan’s involvement in PGS has seen customs officers participate in PGS training where they learn how to identify IEDs, detonators and dual-use precursor chemicals used in manufacturing IEDs. Additionally, training has provided Pakistan Customs the knowledge necessary to carry out risk assessments, and knowledge of international and national measures to reduce risks associated with such chemicals. At training, they have also gained experience using presumptive chemical test kits and devices.

As a member, Pakistan has expressed support for the efforts of the GCTF to combat violent extremism and justice, and the need for international cooperation to tackle these issues.

To combat violent extremism, Pakistan organised a Needs Assessment Conference on Youth Engagement Skills Development, and Employment Facilitation in May 2015. The conference focused on education and drew upon Pakistan’s own experience in countering extremism in youth. The conference sought to identify ways in which educational institutions could provide more appropriate training that will better facilitate youth entering the workforce.

The Pakistan Ulema Council has been criticised in the past for its support of some IED attacks. However, in recent years the Ulema have become more critical of the attacks and raised their voice to condemn IED attacks, more and more often.

In 2015, 200 scholars issued a decree against suicide attacks. The attacks were decreed unlawful under Islamic law. The scholars also warned that the teachings and actions of groups such as the Pakistani Taliban (Tehrik-e-Taliban Pakistan, or TTP), al-Qaeda, and other jihadi groups were ignorant and un-Islamic. Sermons against unlawful killings were also delivered in about 400,000 mosques. This action recognises the C-IED and counter-terrorism role religious leaders can take in wider efforts.

Moreover, in an interview with the Chairman of the Pakistan Ulema Council, Hafiz Muhammad Tahir Ashrafi in 2014, AOAV were told:

“I want to say that in my opinion it is illegal to carry out suicide attacks or other types of attacks on innocent people, destroy their properties or inflict any other form of devastation. Whenever innocent people are killed—be it in from strikes, suicide attacks or bomb blasts- this should be called terrorism. I do not care if some people do not agree with my viewpoint, but my religion does not allow killing of any innocent person.” 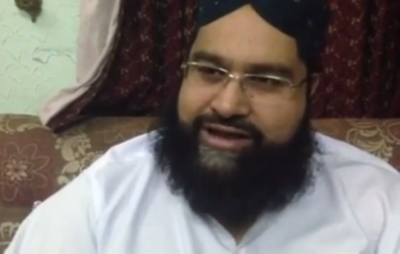 The engagement of religious leaders in Afghanistan and Pakistan reflects the holistic approach needed to truly combat terrorist networks and stop IED harm.

The Sabaoon Rehabilitation Center was founded in partnership with the Pakistani military, but is now administered by a Pakistani NGO. Sabaaon’s work focuses on de-radicalisation efforts targeting juvenile violent extremists.

The efforts are carried out in a heavily guarded facility where the employees conduct a multidisciplinary programme tailored to the needs of each person. The efforts are likely to include a mix of psychological treatment, education and vocational training for the young people there who have been picked up, sent in or voluntarily joined to change their prospects.

The centre seeks to not only de-radicalise but also provide an opportunity to learn skills that may help them reintegrate back into society. Many of the youth at the centre also suffer from PSTD, anger issues, low confidence and other psychological and behavioural issues.