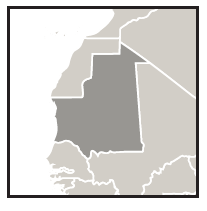 Although IEDs have been used in Mauritania, those experienced in the last five years did very little damage. The threat has however been present and due to the scares in February 2011, Mauritania has sought to improve its C-IED capabilities and remove the terrorist threat nationally and through regional assistance.

Mauritania has proved itself in the counterterrorism arena through its handling of the al-Qaeda presence in the country, as the country directed most its resources towards security – to the detriment of health and education.  The US also provided support to Mauritania. Their efforts have reformed the army, increased surveillance, intelligence and training.

Providing better border security has been a key priority of Mauritania. Screening at border checkpoints is sporadic, and some lack equipment and personnel to carry out such tests. There is also a lack of coordination between border police and those of neighbouring countries, as well as other Mauritanian agencies.

The National Gendarmerie and Security Directorate are the main law enforcement units for conducting counterterrorism efforts. Though, it has been said that their information sharing could be improved between the two agencies to better facilitate coordination and cooperation in their actions.

Counter-extremism efforts in Mauritania have focused on Muslim youth, through a programme run by the Ministry of Islamic Affairs and Traditional Education to empower youths. Other initiatives turn to media to encourage moderate Islam, tolerance and acceptance. Secret police are also employed to ensure imams stick to the regulations to ensure the teaching of moderate Islam.

The National Mine Action Authority (PNDHD) in Mauritania was created in 2007 to move demining from under military control to civilian. The PNDHD is responsible for conducting demining across the country. Most demining has now been completed across the contaminated areas, with international and NGO assistance with training and equipment.

Mauritania is part of the Sahel G5. French forces, through Operation Barkhane, support the G5 countries against armed terrorist groups and help prevent the reconstitution of terrorist sanctuaries in the region.

Mauritania has engaged in US-sponsored training, focusing on counterterrorism tactics and techniques. The US has also provided training to members of Mauritania’s judiciary, so they may handle cases of suspected terrorism or terrorism-related offences. Security personnel also participate in the US ATA programs. In 2016, Mauritania participated in the annual “Flintlook” exercise, which saw more than 1,700 military personnel take part across Senegal and Mauritania. The exercises focus on counterterrorism and involved anti-IED training.

A Spanish contingent of EOD specialist provided deactivation training to Mauritanian forces in May 2016. The subjects included: detection devices, protection, attack, ammunition, removal, exploitation, and doctrine. The instructors were impressed with the forces knowledge from their experience in demining and using metal detectors. Of particular use to Mauritania were the courses in exploiting the scene and collecting evidence. Some of the personnel from Mauritania had also spent two months training in Madrid’s International Demining Center.

In 2014, the US gave Mauritania two military aircrafts equipped with surveillance systems worth a combined $21 million.

As part of their obligations as a member of MENAFATF, Mauritania is working to bring their legislation in-line with international standards. However, as with many other areas of Mauritania’s counterterrorism functions, they lack the ideal resources to implement their efforts as they and their allies would like.

Mauritania is also a member of the Trans Sahara Counterterrorism Partnership.

The UNDP assisted Mauritania’s demining efforts through the provision of equipment, equipment maintenance and demining assistance.

NPA provided training to personnel from the PNDHD and from the Mauritanian Corps of Engineers in 2013. They then assisted in their work to clear Nouadibou province. The Japanese Government provided funding for the equipment needed for the project – other costs were covered by the governments of Norway and Germany.

Mauritania requested the Institute for Security Studies (ISS) to provide technical assistance to augment its counterterrorism capacity. The ISS and the Directorate of National Security of the Mauritanian Police Training Force organised a two-week counterterrorism course in 2013. The course focused on border controls, cooperation, information sharing, and dealing with IEDs and situations of terrorism.