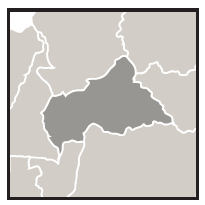 South Sudan does not suffer from IEDs. However, due to the conflict that has been dominant throughout Sudan and South Sudan, South Sudan has been highly impacted by other weaponry, such a proliferation of small arms as well as land contaminated by mines and other UXOs. Though South Sudan does not currently have a problem with IEDs, they do share a border with states that do, particularly Kenya.

Though South Sudan does not suffer from the threat of IEDs, the country holds actors who are experienced in clearance and decontamination of UXOs and mines. South Sudan has seen many demining actors engaged in land clearance, awareness raising and disposal of UXO/ERW to protect the civilian population.

South Sudan has its own National Mine Action Authority (NMAA), formerly known as the South Sudan Demining Authority (SSDA). The NMAA is responsible for overseeing all mining activity in the country. The NMAA works in cooperation with other demining actors to conduct surveys and clearance work, as well as providing education to impacted communities. The clearance of such items would not only be preparatory if South Sudan did encounter IEDs within their own borders but also acts as preventative – the clearance of such materials means they cannot be re-fashioned into IEDs.

Much of South Sudan’s bilateral support has come from Japan. In 2015, Japan contributed $2.5 million to mine efforts and $2.3 million in 2016. Over the past four years, Japan has donated over $12.5 million to assist with demining and other clearance work throughout the country. Their support has allowed the clearance of 3,972,675 square metres of land, and for the delivery of risk education to 54,358 civilians, most of them children.

The United Nations Mine Action Coordination Centre in South Sudan (UNMACC) was created under Security Council Resolution (SCR) 1996 which established the UN Mission in South Sudan (UNMISS). On 1 July 2012, UNMACC changed its name to UNMAS South Sudan – though it is referred to as simply UNMAS. In accordance with the original UNMISS mandate (SCR 1996), UNMAS provided support to the Government in conducting demining activities and worked to strengthen its capacity to conduct mine action in accordance with International Mine Action Standards.

UNMAS and its partners run operations throughout South Sudan, focusing on states most affected by the current crisis, as well as on the states affected by the legacy of ERW from the former Sudan civil war. UNMAS works with a broad spectrum of partners, including commercial contractors and national and international NGOs.

During the July 2015 – June 2016 demining season, UNMAS had contracts with five demining companies: Denel Land Systems Incorporating MECHEM, TDI, Dynasafe Minetech International, G4S and MAG. UNMAS also works in close collaboration with UNICEF and international NGOs such as DCA and the DDG, as well as national mine action NGOs such as the Christian Missionary Initiative.

UNMAS has cleared ERW from all UNMISS Protection of Civilians (PoC) areas and responded to every incident of explosive weapons strikes in and around UN bases. UNMAS has also performed clearance operations in areas critical for the safe return of civilians to their homes and is assessing major roads to ensure safe access for civilians, peacekeepers and humanitarian aid actors.

Through route assessment and verification, UNMAS opened a total of 4,030 kilometres of roads, which now allows the free and safe movement of humanitarian actors, peacekeeping personnel, and development actors. UNMAS has coordinated and supported implementation of MRE activities for 784,867 women, men, boys and girls; especially targeting vulnerable groups.

Apart from the clearance operations UNMAS has conducted in South Sudan, they have also been responsible for searching vehicles, bags, people, and buildings with Explosive Detection Dogs (EDD). EDD teams are predominantly used at entry points and to check cargo in Juba. In May 2016, UNMAS in South Sudan received a further 37 EDDs.

Actors that have been or are engaged in demining and other such efforts in South Sudan include TDI, MAG, DDG, DCA, G4S Ordnance Management (G4S), Mechem, MineTech International (MTI), and GICHD.

NPA Humanitarian Disarmament has been based out of Central Equatoria since 2004. The programme boasts some 200 staff, as well as mechanical and mine detection dogs (MDD) assets. NPA conducts survey, clearance, BAC and EOD activities. NPA is closely supporting national authorities with the destruction of unstable stockpiles of weapons and ammunition.

To address the threat of ERW in South Sudan, DCA is deploying two EOD teams and a Risk Education (RE) team to remove deadly ERW and to deliver key messages about mines, ERW and safe behaviour. The teams are made up of South Sudanese nationals, who work alongside DCA’s international technical staff to remove and destroy the ERW.

The Humanitarian Mine Action (HMA) programme in South Sudan has joined the DCA regional office based in Juba in 2012 to contribute to providing a holistic approach to the humanitarian issues facing the country. Through this partnership, HMA will integrate its activities with those of the DCA regional office, and more broadly with our ACT Alliance partners in country.

Since 2007, Dynasafe has supported humanitarian operations by providing integrated clearance capacities, comprising mechanical, manual and MDD assets, as well as, canine capacities including Explosive Detection Dog (EDD) teams. They have an established management office in Juba which assists with a range of tasks, such as sourcing local personnel, sourcing local supplies, obtaining visas, evacuation plans, security planning and the collection of transported and imported equipment.