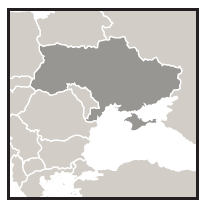 Explosive violence in Ukraine increased significantly in 2014. This violence stemmed from the revolution that began in February 2014 and from Russia’s occupation of Crimea shortly after. This escalation in violence predominantly took place in the two provinces bordering Russia: Luhansk and Donetsk.

The number of IED incidents to have gained attention in English-language media is significantly lower than the reality recorded on the ground. This is predominantly due the impact IEDs have in Ukraine, as IEDs there have not killed or injured as many people as they do in other impacted areas, such as Afghanistan, for example. So whilst AOAV recorded 8 incidents recorded in English language media between 2014 and 2015, which in total caused 25 civilian deaths and injuries, and 44 armed actor deaths or injuries, NATO recorded more: 650 incidents, killing 65 and wounding 152.

The areas most impacted by IEDs are Kiev, Kharkiv and Odessa. However, whilst many IED incidents have occurred there, very few have led to any death or injury. The areas that have seen the most casualties from IEDs are Luhansk and Donetsk.

Though the Ukrainian police have some C-IED capacity for criminal and terrorist incidents, C-IED work lies primarily as the responsibility of the army. Over the last few years the Ukrainian Armed Forces (UAF) have developed significant experience in C-IED. The UAF were deployed in Afghanistan as part of the NATO-led International Security Assistance Forces (ISAF). Whilst deployed in Afghanistan they were responsible for the destruction of over 10,000 explosive devices. Furthermore, in Ukraine during the recent conflict with separatists, C-IED operations have been essential.

Greater focus has been applied on improving C-IED skills among the Armed Forces since the beginning of the recent conflict in Ukraine.

It is also worth noting the impact on operations from the threat of other weaponry whilst carrying out bomb disposal or other C-IED work, with the counter-terrorism unit facing the threat of shelling whilst conducting clearance.

The Demining Center in Western Ukraine is used for CIED training. It houses animals such as dogs, sheep and rabbits that are used in detecting IEDs in the current conflict.

Over 49,000 mines and IEDs have been neutralised since the beginning of operations in April 2014.

The International Peacekeeping and Security Centre (IPSC) was formed in 2007, in order to aid in the training of personnel from the Ukrainian Armed Forces, particularly for peacekeeping missions. It also provides training to foreign state military units which provide forces to peacekeeping missions and in the fight against terrorism.

There are three main courses taught at the IPSC: one for headquarters officers, one for peacekeeping units, and another, dedicated to C-IED instruction.

The latter course, for C-IED instructors has been conducted yearly since 2007. The course is held in partnership with NATO. Those that receive this training range from sergeants to lieutenant colonels. They are also trained to take part in multinational peacekeeping operations.

In 2015, Canada provided the Ministry of Defence with Foster-Miller Talon bomb disposal robots and 15 EOD-9 suits for bomb disposal experts, for use in the Ukraine Army’s counter-terrorism operations.

As of August 2016, NATO had provided EUR 1 million-worth of equipment to Ukraine. This equipment includes mine clearance equipment for units operating in Donetsk and Luhansk.

In April 2016, it was announced that the Kremenchug Automobile Plant had built a vehicle tailored for use in mine clearing operations in Luhansk. It is fitted with C-IED equipment and a crane designed to handle IEDs.

Not only have Canada provide essential equipment to allow the Ukrainian Armed Forces to conduct C-IED, but Canada have also provided training. Operation Unifier is a bilateral training program run by Canadians to promote security in the region, through military capacity building. Training is given on basic C-IED principles, post-blast investigations, and neutralising IEDs.

The US has also been providing training to Ukrainian troops. In April 2015, US troops began a six-month training course for the Ukrainian National Guard in Vicenza, Italy. The course included, amongst other skills training, lessons in countering IEDs based on US forces’ experience in Iraq and Afghanistan. It is said that there are many similarities between some of the IEDs seen in Iraq and those seen in Ukraine.

In 2016 it was reported that Britain was extending its training programme for Ukrainian government troops in the face of a “more belligerent Russia”. It was reported that thousands of service personnel would be trained by British troops, who have been spread across around 14 sites across Ukraine since 2015. Around 100 training team members are active in the country at any one time, running 30 courses for infantry, medical and logistics corps, as well as on IED clearance. British forces have already trained more than 5,000 Ukrainian troops, the Ministry of Defence said, saying they would remain until early 2018 at least.

The UK coordinates with four other nations in the “Quint” group, including the US, Canada, Lithuania and Poland

NATO have provided C-IED training in Ukraine. The NATO-led C-IED awareness courses, with experts from across the NATO nations, aid the Ukrainian forces, including military, law enforcement and security organisations, in dealing with the increase in IEDs witnessed. In January 2016, a Mobile Training Team from the C-IED COE ran a C-IED Awareness Course for 26 students. The course responded to Ukraine’s formal request for training on C-IED and demining, sent to NATO in 2014.

The course focused on the specific situation that Ukrainian soldiers were facing, after identifying the areas of Ukrainian’s C-IED capability and capacity that needed most improvement. The course was a ‘train the trainer’ type of program, ensuring that the knowledge given is passed through the remainder of the Ukrainian forces.

The course aimed to develop an inter-agency approach and encouraged greater evidence collection and investigation from exploited IEDs.

The courses by both Canada and NATO appear to be helping Ukraine to develop a national C-IED strategy to protect civilians as well as the ground forces.

NATO have also been monitoring the use if IEDs in Ukraine, including: civilian and combatant casualty figures, where the IED incidents have taken place, and how they have been used.

Organisation for Security and Co-operation in Europe

The Organisation for Security and Co-operation in Europe (OSCE) also conducts a Special Monitoring Mission to Ukraine. It has been deployed since March 2014, as requested by the government in Ukraine. It predominantly observes and records the situation in Ukraine, including the use of IEDs.

The OSCE has also developed MRE clips, shown on TV and online, to disseminate MRE messages. Other groups involved in demining are involved in similar efforts.

When the DRC reopened its offices in Kiev in 2014, the DDG joined them. The DDG presence in Ukraine was in order to address the significant risk of mine and ERW.

The work of the DDG in Ukraine involves:

HALO began manual mine clearance in March 2016 in Eastern Ukraine. Most their work takes place around the contact line and buffer zone. Alongside the survey and clearance work, HALO has also trained local deminers.

All items discovered by HALO are destroyed by the Ministry of Defence, as only the armed forces may use explosives in the conflict areas.

Whilst there are a range of UXO and manufactured antivehicle and antipersonnel mines, cleared by both DDG and HALO, IEDs and booby-trapped ERW (tripwires connected to conventional munitions) are also commonplace amongst the clearance work.