Yesterday, on 24th July 2017, a suicide attack killed at least 26 and injured over 50 more in Pakistan’s second city, Lahore. 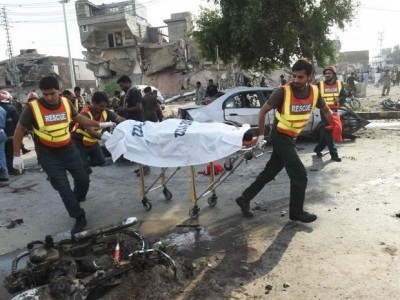 The suicide attack, claimed by the Tehreek-e-Taliban Pakistan, used a suicide bomber on a motorbike to target police assisting in clearing a main road of illegal construction and street vendors. At least nine police personnel were killed in the attack.

The blast occurred on one of Lahore’s main roads, Ferozepur Road, near to a busy market and government sponsored technology park.

This attack comes on the same day that killed at least 30 in Kabul, Afghanistan by the closely affiliated Taliban.

From 2015 to 2016, the amount of civilians killed and injured by suicide attacks increased by 93% despite a decrease in attacks from 13 to 10.