Yesterday, on 1th August 2017, a suicide attack killed at least 29 people and injured more than 60 in Herat, western Afghanistan. 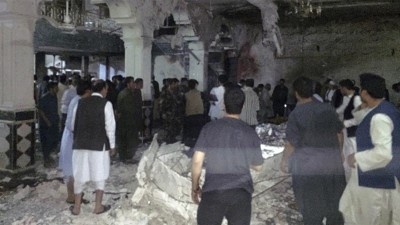 The suicide attack, targeted a Shia mosque filled with around 300 worshippers. It has been reported that two people were involved with one firing on the praying worshippers before detonating his suicide vest. The other threw grenades into the crowd.

With ten people taken to hospital in critical condition it is expected that the death toll will continue to rise.

As of yet, no one has claimed responsibility, with the Taliban denying any involvement. It is expected that ISIS or an affiliated organisation will have been involved in the attack, having launched an assault on Kabul a day prior.

Last year, Afghanistan saw over 4,000 deaths and injuries from explosive violence. 84% of civilian casualties were caused by IEDs.

AOAV condemns the attacks in Afghanistan, and calls for states and international organisations to work collaboratively to generate greater awareness of the number of civilians killed and injured each year by IEDs, and encourage a greater stigma from political, religious and social leaders on the use of IEDs. There is an urgent need for preventative measures to be implemented by States and the international community.