Yesterday, August 15th 2017, a female suicide bomber detonated her explosives at a market in the village of Konduga, near Maiduguri, Nigeria. The blast killed at least 28 people and injured 82. 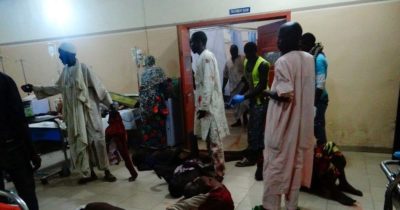 Whilst no group has claimed the attack, Boko Haram are the most likely suspects.

Two further suicide bombers detonated at the gates to a refugee camp in the same village, causing many injuries.

The injured have been taken to a hospital in Maiduguri – approximately 30km from the village.

Whilst the amount of IED attacks perpetrated in Nigeria significantly reduced last year, alongside national efforts to destroy Boko Haram, the group still maintains a presence and the ability to carry out such attacks.

Last year, Nigeria saw 461 civilian deaths and injuries from IED attacks; an 82% decrease from the previous year. 93% of civilian casualties were caused by suicide attacks.

When IEDs were used in a populated areas, 94% of those dead and injured were civilians.

In the first half on 2017, Nigeria saw 77 civilian casualties from IEDs.

AOAV calls on all states to urgently address the threat of IED attacks. There is an urgent need for preventative measures to be implemented by States and the international community.