On Friday, June 9th 2017, a female suicide bomber detonated her explosives at a market in the village of Musayab, just east of the holy Shia city of Karbala, Iraq. The blast killed at least 30 and wounded another 35. 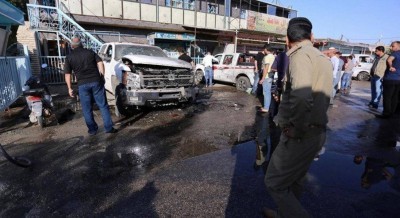 Like Karbala, Musayab is predominantly inhabited by Shia Muslims, whom ISIS consider heretics.

The attack follows a string of heightened terrorist activity around the globe since the start of Ramadan. ISIS has called for increased attacks on “non-believers” during this period – telling followers that the rewards for jihadi in heaven are multiplied.

Friday’s attack was the fifth major attack claimed by the group since the holy month began on May 27th.