On Tuesday, November 21st 2017, a suicide car bomber targeted civilians at a busy market in Tuz Khurmatu, a town in Iraq’s northern province of Kirkuk. The attack left at least 32 dead and injured as many as 80. 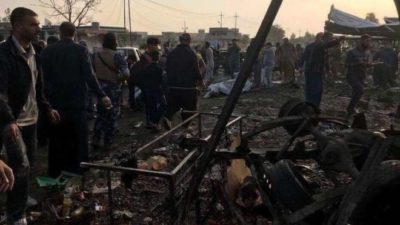 Whilst the attack has not yet been claimed by any group, it is likely to have been perpetrated by ISIS. ISIS have been known to carry out attacks in the region and there are still areas west of Tuz Khurmatu that are thought to serve as hideouts for ISIS.

AOAV strongly condemns the use of violence against civilians and calls upon all groups to reject the targeting of civilian areas. The use of weapons with wide-area impacts should also remain of concern; due to the severe impact these have on civilians.