The car bomb targeted a bus carrying staff from the Ministry of Mines and Petroleum. The Taliban were quick to claim the attack, in which they claimed they were targeting intelligence service officials. 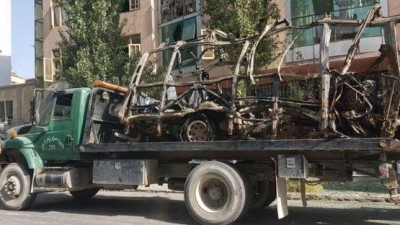 The blast occurred during rush-hour in a mainly Shia district in the west of the city, home to many from the minority Hazara community. The community had arranged a demonstration for Monday to commemorate those killed in a suicide bombing July 23rd last year.

The demonstration has been postponed because of security risks.

Today’s blast left nearby cars and buildings destroyed. Kabul’s chief spokesperson, Basir Mujahed, added that children were among those wounded by the blast.

53% of all civilian deaths and injuries from explosive violence in Afghanistan last year occurred in Kabul.

AOAV condemns the attacks in Afghanistan, and calls for states and international organisations to work collaboratively to generate greater awareness of the number of civilians killed and injured each year by IEDs, and encourage a greater stigma from political, religious and social leaders on the use of IEDs. There is an urgent need for preventative measures to be implemented by States and the international community.