On Friday, three bombings across two cities killed over 80 people in Pakistan.

The first blast was a suicide car bombing in Quetta which killed 14 and wounded 20. The attack took place near the office of the provincial police chief. 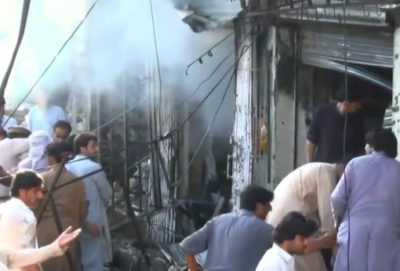 The bombing was claimed by both Jamaat-ul-Ahrar, a breakaway faction of the Pakistani Taliban, and ISIS. It is not clear who is responsible.

Hours later, twin blasts hit a crowded market in Shiite-dominated Parachinar, the main city in the Kurram tribal region. The attack had killed 67 by Saturday morning, whilst 261 were injured and 62 of those in a critical condition.

The attack in Parachinar was claimed by Lashkar-e-Jhangvi, a predominantly Sunni extremist group.

AOAV records casualties (i.e. people killed and injured) from explosive violence around the world as reported in English-language news sources. Pakistan has consistently been one of the states worst impacted by explosive violence.

Last year, AOAV recorded 2,136 deaths and injuries from explosive violence in Pakistan. 70% of the casualties were civilians.

Of civilian deaths and injuries, 77% were caused by IEDs.

48% of civilian deaths and injuries were caused by six incidents perpetrated by Jamaat ul Ahrar.