On Saturday, June 3rd 2017, three suicide bombers targeted the funeral of a protester, Salim Ezadyar, the son of a senior Afghan senator. The blasts killed at least 12 and a further 90 were wounded. 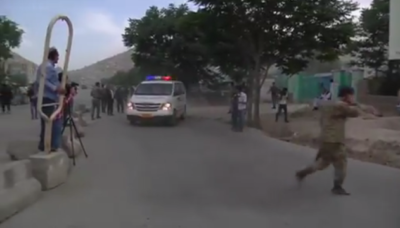 The bombers reportedly posed as mourners in the crowd and detonated at a cemetery during the funeral in the Khair Khana district of Kabul, Afghanistan.

The government has been criticised for the lack of security provided, particularly given the many high-ranking officials attending, despite other reports of much of Kabul being on lockdown.

Ezadyar’s father is a member of the the antu-Taliban Jamiat-e-Islami party. Whilst there was no immediate claim of responsibility for the blasts, the Taliban is suspected.

The blast occurred just three days after the powerful car bomb attack in Kabul’s diplomatic quarter. The death toll from this attack now stands at 150.

So far this year (January-May), Afghanistan has already seen 1,229 civilians deaths and injuries from explosive violence. This is a 53% increase compared to the harm seen in the same period last year.

88% of all civilian casualties from explosive violence in Afghanistan so far this year have been caused by IEDs. For more on IED use in Afghanistan, please see here.

AOAV calls for states and international organisations to work collaboratively to generate greater awareness of the number of civilians killed and injured each year by IEDs, and encourage a greater stigma from political, religious and social leaders on the use of IEDs. States must urgently address the threat of IED attacks. There is an urgent need for preventative measures to be implemented by States and the international community to reduce the impact of such devices in countries such as Afghanistan and others highly impacted by IEDs.