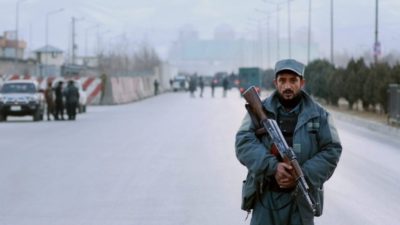 Yesterday, January 10th 2016, a suicide bomber and a car bomb were detonated in Kabul near government offices. The blasts killed 38 and wounded 72.

Those killed and injured consist of both civilians, including government officials and law-makers, and military personnel. Most are reported to be civilians.

The Taliban claimed the attack, stating that they targeted senior officers.

It is reported that the suicide bomber detonated explosives as officials left their offices at 4pm, whilst the car bomb was detonated as others rushed to the scene to assist the injured.

This attack too was claimed by the Taliban.

An explosion inside the governor’s compound in Kandahar, killed five and wounded 12, including UAE diplomats, who were said to be in Afghanistan as part of a humanitarian mission.

Whilst it remained the case that the Taliban were responsible for the majority of these attacks, for the first time ISIS began conducting IED attacks in Afghanistan.

AOAV condemns the attacks in Afghanistan, and calls for states and international organisations to work collaboratively to generate greater awareness of the number of civilians killed and injured each year by IEDs, and encourage a greater stigma from political, religious and social leaders on the use of IEDs. AOAV strongly condemns the use of violence against civilians and calls upon all groups to reject the deliberate targeting of civilians. States must urgently address the threat of suicide bombings and other forms of IED attacks.