Late Wednesday, July 12th 2017, two suicide bombers killed at least 12 people, including a baby, and wounded more than 40 in Waza, a town in Cameroon, 8km from the Nigerian border. 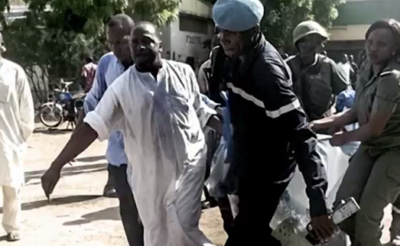 The area targeted was a busy commercial area with restaurants and shops.

The death toll may rise, as many of the wounded are reported to be in a serious condition.

Whilst no group has, as of yet, claimed the attack, the region is a frequent target of Boko Haram.

The use of female suicide bombers is also increasingly occurring in such bombings. An attack in Nigeria on Tuesday, suspected to have been carried out by Boko Haram, was also caused by suicide bombers, of which three were thought to be female.

Though Boko Haram’s influence and territory has significantly decreased, they still maintain the capability to launch such attacks.

Last month, three IED attacks, causing 32 civilian casualties, were carried out in Cameroon – all in the Far North region.

AOAV strongly condemn all use of violence against civilians and the use of explosive weapons in populated areas. Further, AOAV calls on all states to urgently address the threat of IED attacks. There is an urgent need for preventative measures to be implemented by States and the international community.