Many armed groups have been able to make use of strategic expertise that current members have inherited from their former affiliations. In some instances, that includes expertise brought into insurgent groups from military personnel. The most relevant case in this regard is Islamic State and the influence of former Iraqi Army commanders from Saddam Hussein’s Baath Party. 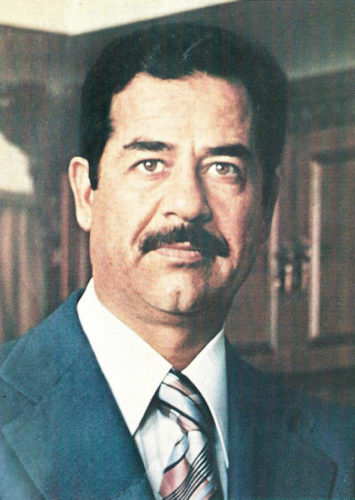 The link between IS and former Baath Party members has been well-documented, with many of IS’ most influential commanders having served in Saddam Hussein’s military or intelligence services. For example, the now deceased Abu Ali al-Anbari, who was IS’ Syria governor, was a former Major-General in Saddam Hussein’s intelligence services. The same institution has drawn several IS commanders, for example current IS intelligence chief Iyad Hamad Khalaf al-Jumayli, as well as Security and Intelligence Council (SIC) members Abu Safwan Rifai and Abu Luay. IS’ Military Council (MC) is also filled with former Iraqi Army officers. For example, two former leaders of the MC, Haji Bakr and Adnan al-Bilawi (both deceased) were former Baathists, and so is the man believed to be its current leader, Abu Ahmad al-Alwani (there are conflicting reports of whether he is dead or not), and member Abdullah Ahmad al-Mashadani.[i] This is further supported by testimonies of former Syrian IS fighters, who have stated that ‘Iraqi commanders’ make all important strategic decisions within the organisation.

The strong presence of former Baathists may be surprising given the Baath party’s strong secular outlook. However, the two share more than what is realised. For example, a former Iraqi general interviewed in Al-Jazeera Arabic stated that IS and Baathists are equally deplored by what they see as American and Iranian control over Iraq.[ii] As many Baathist officials were Sunni, the two are also said to share hostile attitudes towards Iraq’s other sects and ethnic groups, such as Shia and Kurds. Moreover, Saddam Hussein conducted the so called ‘Faith Campaign’ during the 1990s, in which he pursued a more socially conservative and Islamist agenda. This turned many Baath commanders towards conservative and occasionally extreme forms of Islam, therefore enabling the existence of a ‘religious deep state’ where the regime managed to co-opt religious institutions and education. One of these educational institutions was the Islamic University of Baghdad, where IS Emir Abu Bakr al-Baghdadi completed his PhD in Islamic Studies. In fact, when Abu Musab al-Zarqawi arrived in Iraq in 2002 he was impressed with how far into the regime the local Salafi movement reached.[iii] However, some analysts have stated that this has nothing to do with religion. Rather, Baathists mainly see IS as an organisation through which they can retake control of Iraq.

Given this level of influence of former Baathists, IS has inevitably adopted some of the tactics used by Saddam Hussein’s army. IS’ use of suicide VBIEDs should be understood in light of this. The Iraqi army relied heavily on artillery and armour during offensives, but given IS’ initial lack of thereof, the group employed suicide VBIEDs rather than artillery at the outset of offensives in a manner similar to the Iraqi Army. Another sign of how suicide VBIED strategy is influenced by Baathist commanders is the way in which they often target pre-selected areas or points before battles, and these targets rarely change. The Iraqi Army did this during the Gulf War, where they placed oil drums in strategic locations which they later aimed for once coalition forces approached. These targets did usually not change, even if coalition forces steered clear of them.

Despite a clear Baathist influence in IS tactics, it would be wrong to overstate its influence. Just like IS displayed an ability to adapt by using VBIEDs instead of artillery, they have also managed to break out of the occasionally static Baathist military strategy. This is mainly because of the jihadi experience of several high-ranking commanders and foreign fighters. It has even been found that IS has used defensive tactics in Mosul similar to those used by Chechen jihadis in the 1990s, which is indicative given the large number of fighters with a connection to the Chechen insurgency. Moreover, the Iraqi army had a rigid top-down hierarchy, whereas IS is much more decentralised. This in many ways allows for more innovative tactics.

One example of this is the group’s offensive on the Syrian city of Hassaka in June 2015. After being cornered in an area of the city called al-Zuhur, IS abandoned their strategy of detonating IEDs in pre-determined locations, and instead set them off as they retreated to hinder The Syrian Kurdish YPG forces from pursuing them, as well as creating smokescreens which made airstrikes from coalition forces difficult. This demonstrates that although there is a clear influence of Baathist officers within IS ranks, the expertise that they provide only provides a limited explanation of IS’ military success.