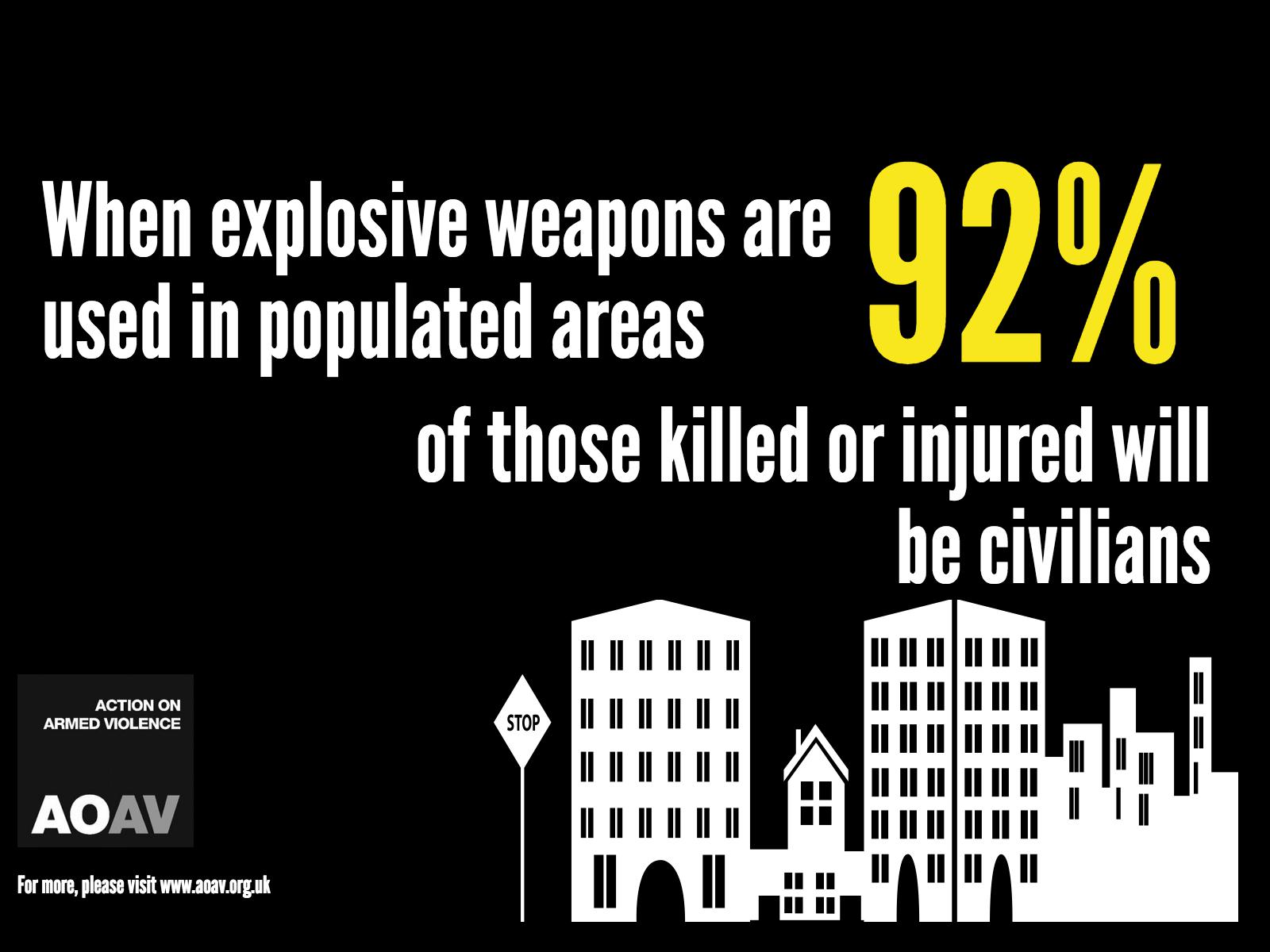 In 2013, 431,000 asylum applications were made for entry into Europe. In 2014, that number had risen to 627,000. And by 2015 and 2016, 1.3 million people were claiming refugee status on Europe’s shores. Such a mass of refugees has not been seen since the dark days of the Second World War.  This marked rise in civilians seeking shelter has been fuelled hugely by explosive violence in countries such as Syria, Iraq and Afghanistan. And, while these millions are fleeing bombshells and air strikes, their very presence has ignited an equally explosive debate in Europe. It is incontestable: refugees fleeing explosive violence have contributed to a sharp political shift to the right across Europe.

It certainly is a key message in many a far right-wing party’s political campaigns. In the UK, the ruling Tory party has just won back the United Kingdom Independence Party (UKIP) vote in local elections, but in so doing have embraced many of the uglier aspects of that party’s position on immigration. And politicians such as Marine Le Pen, the French presidential candidate, now fill their speeches with anti-immigration, anti-asylum and, often, anti-Islamic rhetoric.

This is not news. Le Pen, for instance, has a problematic history with refugees. She is notoriously anti-refugee and sees controlling France’s borders as a priority if she were to be elected. Earlier this year she was refused entry to the state-recognised Grande-Synthe refugee camp in Dunkirk, northern France and it was reported that Damien Caerme, mayor of Grande-Synthe, said on his refusal to admit Le Pen into the camps: “What is she trying to achieve? She constantly incites hate and divisions.”

In 2015, she claimed that the majority of refugees fleeing Syria and North Africa were seeking financial wealth. In 2016, she proposed that France should refuse to provide education to children of illegal immigrants – despite existing obligations under French and international law.

What is news is that such sentiments are clearly finding new support among many in France. Le Pen’s shock win at the first round of votes was not, really, that shocking. Refugees have become, in many people’s eyes, aligned with Muslims, who have become aligned with suicide bombers and mass murder. The politician who proudly wears that age-old European mantle that rails against ‘the barbarians at the gates’, a cloak steeped in the colours of security and nationalism, will do well. It has long been thus. 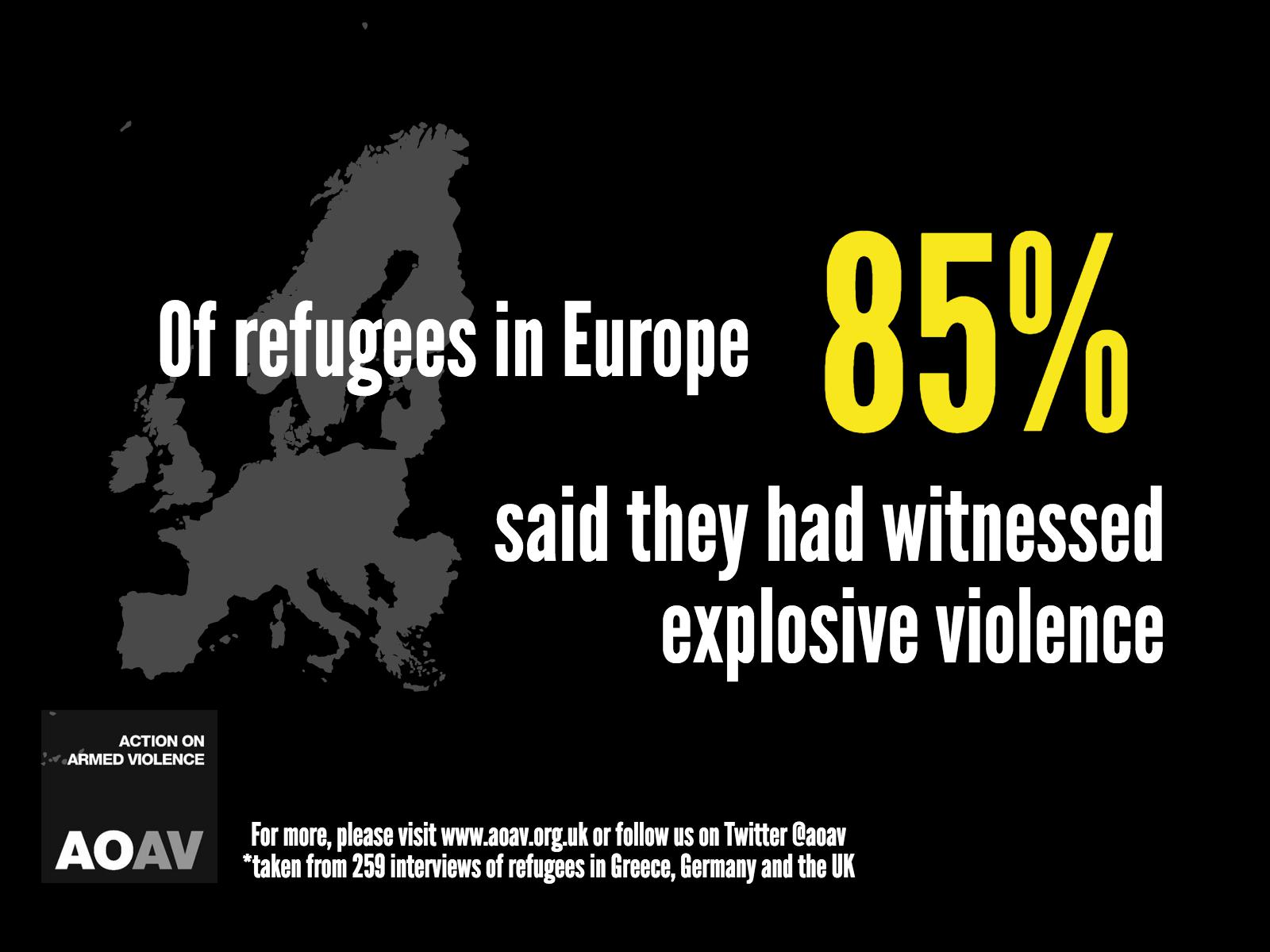 Such political positioning is based on the assumption that those who come to Europe do so willingly and wilfully. But the reality is far from such. Between 2011 and 2016, AOAV recorded at least 233,949 deaths and injuries from explosive violence globally. 76% of these were civilians. The six most impacted countries were Iraq, Syria, Pakistan, Afghanistan, Yemen and Nigeria. Unsurprisingly, these countries are among the countries seeing the most displacement of peoples from explosive weapons within the same period.

It is the wilful and indiscriminate use of explosive weapons in populated areas that is forcing people from their homes. AOAV’s 2016 study, The Refugee Explosion, found that of over 250 refugees interviewed across Europe, 85% had witnessed explosive violence, such as airstrikes, shelling or IEDs. The homes of 44% of those interviewed had been destroyed by such explosive weapons.

If Le Pen were to win the Presidency in France, this would be a victory fuelled by the reverberating effects of bombs and missiles in countries far, far away.

Explosive violence, then, does two things. It ruins people’s lives and forces them from their homes. And it causes a cultural counter-reaction in the countries those refugees flee to, one rooted in the form of political intolerance. 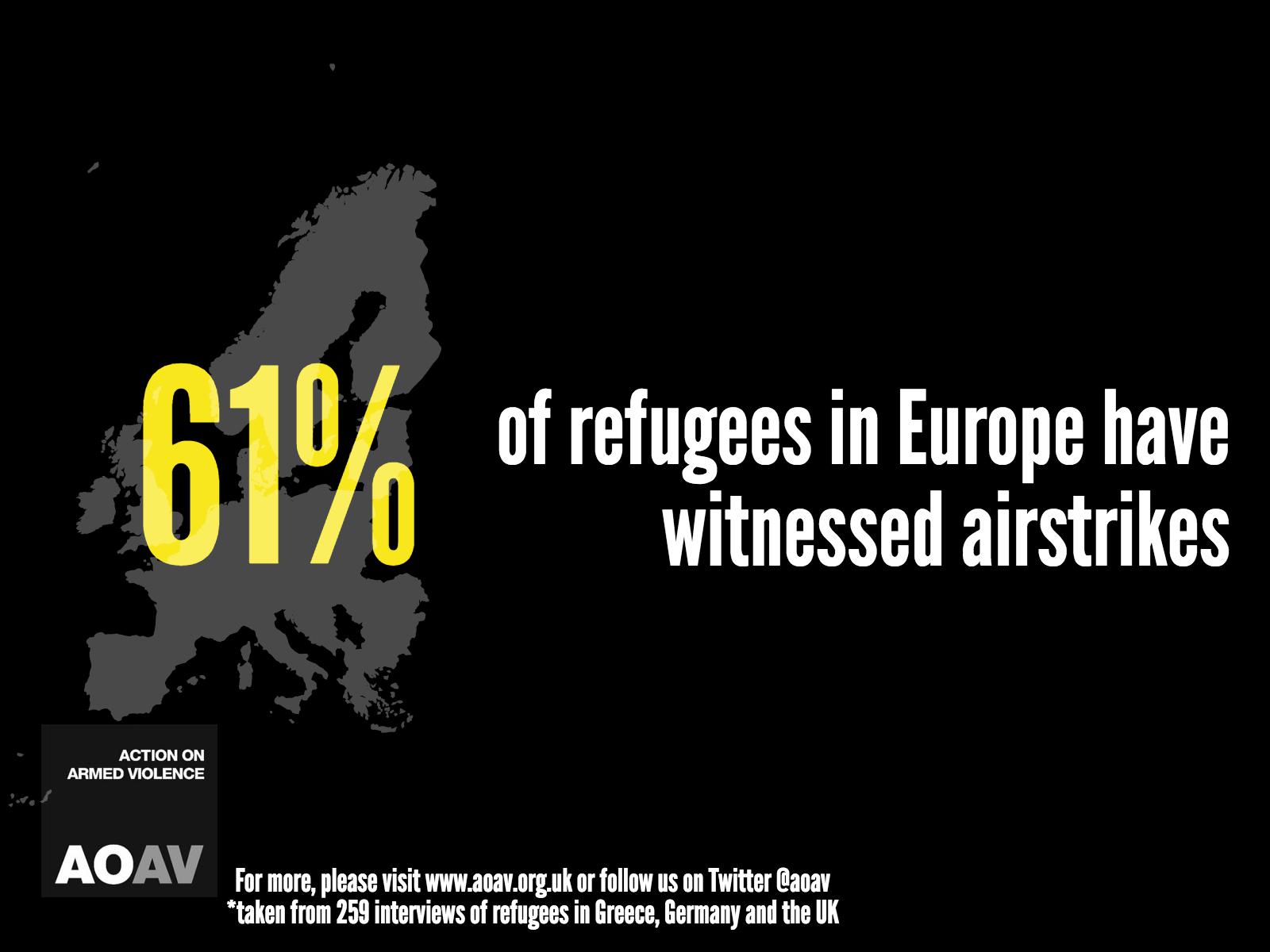 That is why AOAV believes that something needs to be done urgently about the bombing of towns and cities around the world. The UN Secretary-General and the International Committee of the Red Cross (ICRC) have repeatedly called on states to avoid the use of explosive weapons with wide area effects in populated areas. Furthermore, the UN Secretary General has called on states to engage constructively in efforts to develop a political declaration to address the issue. Discussions have started towards developing an international political instrument to address this humanitarian problem, and already 70 states have spoken out on the issue.

The time has come for states to make a clear collective commitment on this vital humanitarian question, because if we fail to stop such bombings happening, the refugees will not stop coming. And if the refugee crisis is not halted, then hatred and fear and loathing may well win the day in the polling booths not just in France, but across all of Europe.