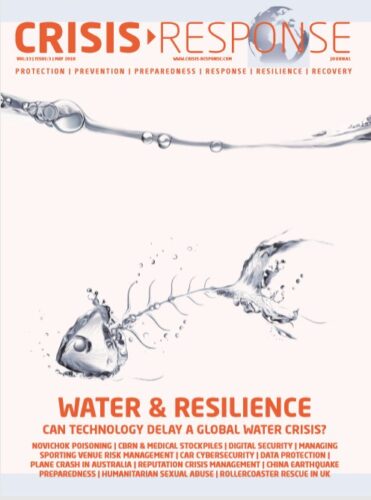 Action on Armed Violence (AOAV) researcher, Jennifer Dathan,  has had her article, “The long-term effects of explosive violence”, published in the May edition of the Crisis Response Journal (CRJ).

The report examines AOAV’s findings from their research on the use of explosive weapons in Sri Lanka during the civil war, which lasted from July 1983 to May 2009. AOAV sought to better long term impacts from such violence on areas such as health, the economy, the environment, culture and society.

AOAV researchers conducted interviews, across the areas most affected by the use of manufactured explosive weapons in Sri Lanka, in December 2017, with those impacted. This included civilians, business owners, health care professionals, academics, economists, NGO personnel, and council ministers. 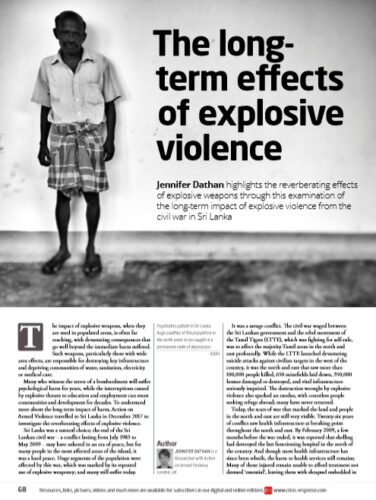 AOAV’s research showed severe long-term harm, particularly from the levels of contamination from explosive remnants of war (ERW) and the levels of displacement caused. Furthermore, Sri Lanka, almost a decade after the explosive violence came to an end and over 35 years since it began, saw those areas most impacted, the North and East, still suffering the scars of trauma.

With broken and empty buildings lining the roads in some areas, civilians struggle to rebuild their homes and lives. The most impacted areas from explosive violence see the highest levels of poverty and civilians remain physically and psychologically wounded, whilst health services struggle to find and retain young professionals willing to remain in these areas.