Action on Armed Violence (AOAV) researcher, Jennifer Dathan, has had her article, “The Effects of ERW Contamination in Sri Lanka”, published in the Journal of Convention Weapons Destruction. 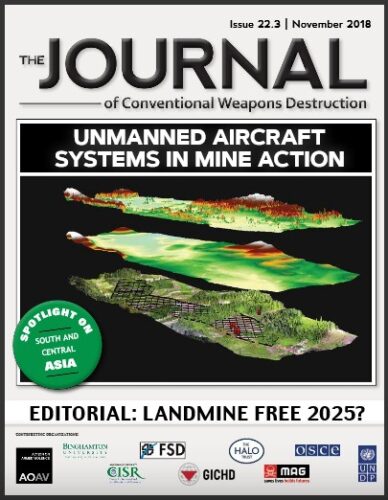 The report examines AOAV’s findings from their research on the use of explosive weapons in Sri Lanka during the civil war, which lasted from July 1983 to May 2009. AOAV sought to better understand long term impacts from such weapons on areas such as health, the economy, the environment, culture and society.

AOAV researchers conducted interviews, across the areas most affected by the fighting during the civil war, with those such as civilians, business owners, health care professionals, academics, economists, NGO personnel, and council ministers.

AOAV’s research showed severe long-term harm, particularly from the levels of contamination from explosive remnants of war (ERW) and the levels of displacement caused. Furthermore, Sri Lanka, almost a decade after the explosive violence came to an end and over 35 years since it began, saw those areas most impacted, the North and East, still suffering the reverberating impacts of the ERW that had been left behind by the conflict.

With clearance slow due to the high-levels of contamination from both ERW and further metal contamination from shrapnel and bullets, populations have been displaced decades. And, those that have been able to return have struggled to rebuild after years of displacement induced poverty. When they do return to cleared land, communities are still at risk of harm from missed ERW. Whilst those still unable to return to their land, risk their lives to conduct economic activities such as farming.

Such ERW, prevented not only return and rebuilding but also economic development and psychological healing, alongside the obvious physical danger such contamination poses.