In April 2018, Action on Armed Violence (AOAV) recorded 2,725 deaths and injuries from 258 incidents of explosive violence around the world, as reported in English-language media. Civilians accounted for 78% (2,136) of the deaths and injuries recorded.

When explosive violence was used in populated areas, 95% of all casualties were civilians, compared to 21% in other areas.

At least one death or injury from explosive violence was recorded in 25 countries and territories last month. The five worst impacted countries were Syria, Afghanistan, Yemen, Iraq, and Nigeria according to civilian casualties.

In Yemen too, the majority of civilian casualties from explosive violence were caused by airstrikes – 96%. In one attack, a Saudi-led coalition airstrike struck a wedding party in al-Raqa village, in Hajjah province, leaving at least 65 killed and injured.

Whereas in Afghanistan, 74% of reported civilian casualties were caused by IEDs. AOAV recorded four suicide attacks in Afghanistan, causing 284 casualties – of these 94% were civilians. On April 22nd a suicide bomber targeted a voter registration centre in Kabul leaving over 170 killed and injured. Whilst on April 30th, a double suicide bombing in Kabul during rush hour left over 70 killed and injured. 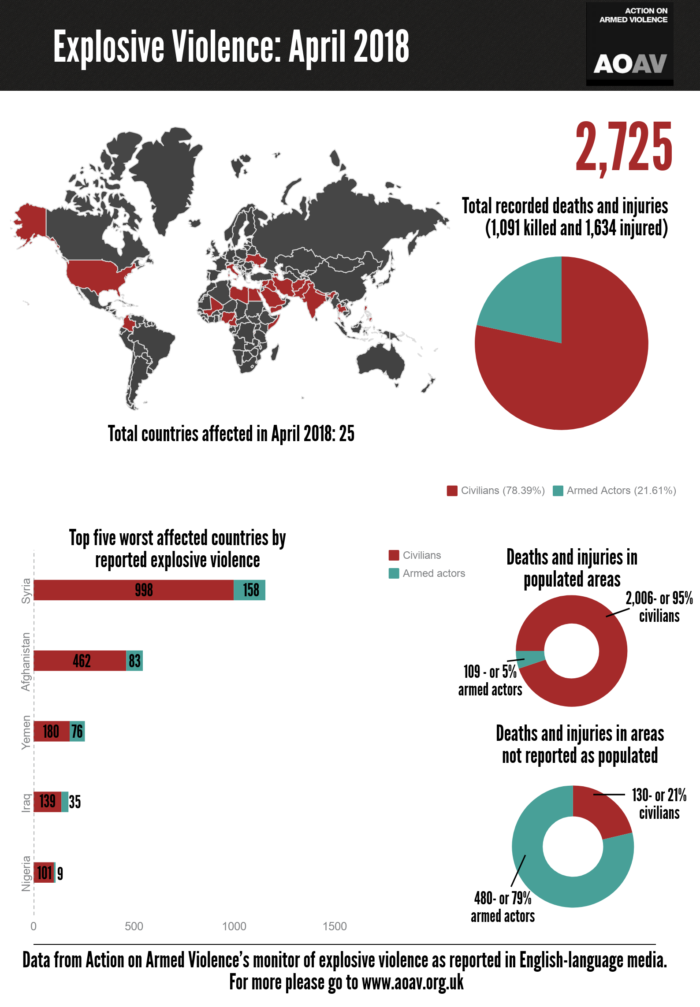