In March 2018, Action on Armed Violence (AOAV) recorded 3,446 deaths and injuries from 367 incidents of explosive violence around the world, as reported in English-language media. Civilians accounted for 77% (2,659) of the deaths and injuries recorded.

When explosive violence was used in populated areas, 93% of all casualties were civilians, compared to 21% in other areas.

At least one death or injury from explosive violence was recorded in 28 countries and territories last month. The five worst impacted countries were Syria, Afghanistan, Iraq, Nigeria and Somalia according to civilian casualties.

Whereas in Afghanistan, 89% of reported civilian casualties were caused by IEDs. AOAV recorded 11 suicide attacks in Afghanistan, causing 266 casualties – of these 93% were civilians. A suicide bomb attack targeted a shrine in Kabul where crowds gathered to celebrate the New Year festival, leaving over 80 dead and injured on March 21st. And, in Lashkar Gah, Helmand’s regional capital, a suicide car bomb left over 50 dead and injured as they left a sports stadium on March 26th. 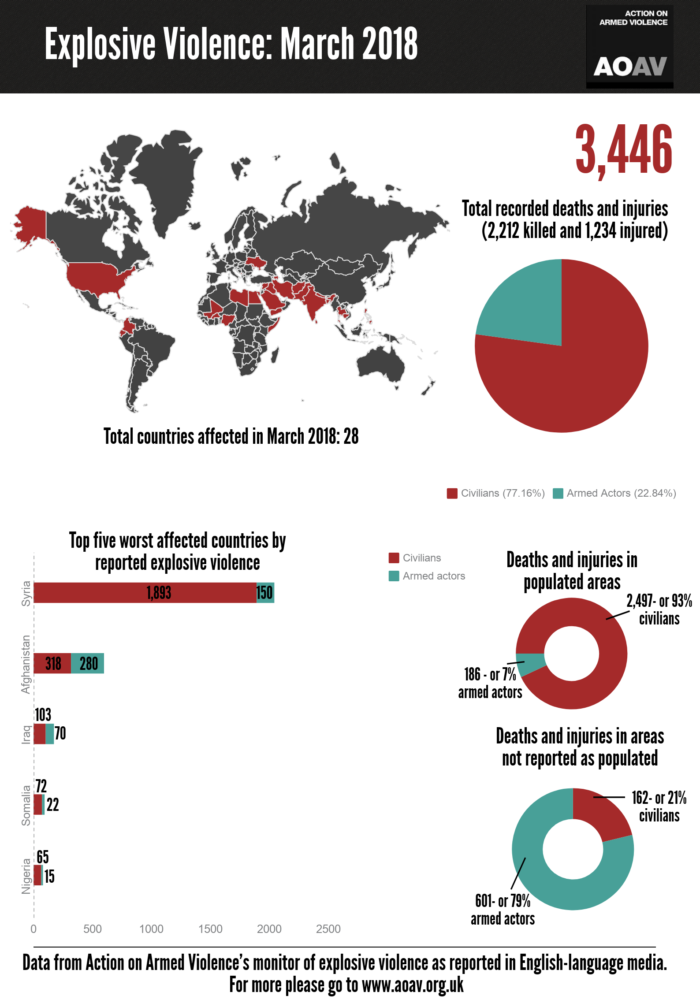