AOAV researcher, Matt Kennard, recently had his article, “London Is the World’s War Showroom” , published on Pulitzer Center. To read the article please see below, or follow the link to the original story, here. 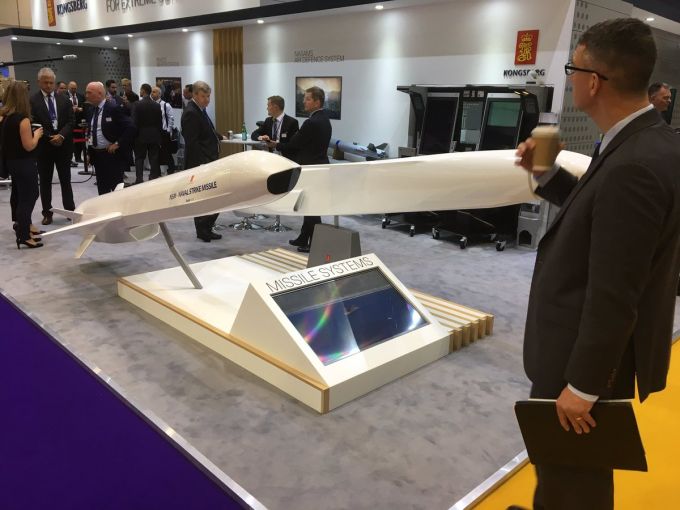 A man drinks a coffee and checks out a missile system for sale at London’s DSEI arms fair, the biggest in the world. Image by Matt Kennard. England, 2017.

If you were somewhere near London and at a loose end in the last week of January, you could have attended FOUR different arms fairs.

All interests were catered for somewhere across the capital. If armoured vehicles were your bag, the annual exhibition at Twickenham Stadium could provide your fix. If you preferred Surface Warships then the Hilton at Canary Wharf was hosting the “world’s premier international conference for all elements of the surface fleet community”. For those more into military helicopters or cyber warfare, there were fairs for that too.

But since the so-called War on Terror began in 2001, and Britain intensified its own role with the Iraq invasion in 2003, London has become the global showroom for the products of war.

That week in January 2018 was excessive, but by no means unique.

On a website that aggregates arms fairs happening around the world, London is by far the most frequently cited location. And last year London hosted the biggest arms fair of them all, Defence and Security Equipment International (DSEI).

How did this happen?

Since the time of Harold Wilson’s Labour government in the 1960s, British administrations have viewed the funnelling of taxpayer money into the domestic arms industry as a tacit function of their role.

It protects “vital jobs,” they posture–which is partly true. The more salient reason however, especially in the post-imperial period, is a desire to maintain British dominance as colonies achieved independence.

When Labour’s Foreign Secretary Denis Healey set up the Defence Export Services Organisation (DESO) in order to utilise the Ministry of Defence (MoD) and corporate executives to promote UK arms abroad, it was in the context of many countries overtaking Britain in the sales of arms.

Britain could not face losing its empire and its ability to spread violence around the world for a profit. 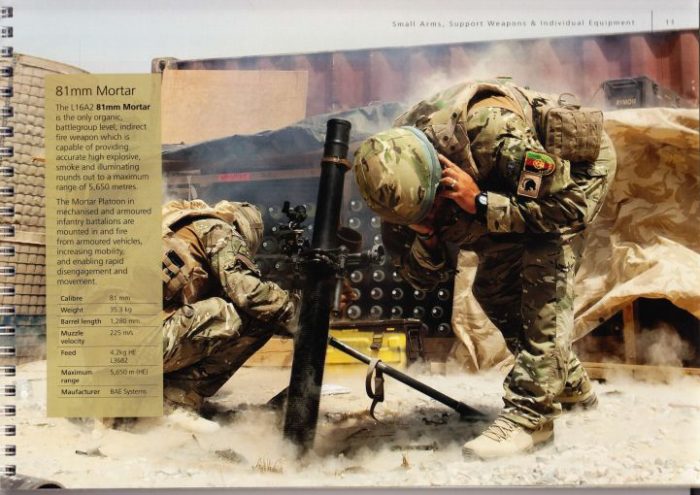 The industry became more entrenched during the Thatcher era after the privatisation of British Aerospace. Now there was a significant profiteering motive to maintaining British arms industry dominance–many shareholders depended on our companies being able to secure deals from autocracies in the Middle East.

The Iraq war put Britain at the centre of global conflict once again. Add to this its geographical position and a government at pains to put arms at the forefront of any post-Brexit development model and you can start to understand why the merchants of death are descending on our capital.

I have attended a number of these arms expos over the past six months and they are bizarre affairs. Organisers do their best to keep things as opaque as possible–journalists are not welcome. I tried to get press accreditation for the bi-annual DSEI for two months. In the end, accreditation arrived the day before the event was due to start.

The process was overseen by CMS Strategic, a PR agency. When I called they kept saying I had been OK’ed but not passed by security clearance. After saying I would go the press if they didn’t give me a pass, they were pushed towards action.

Such reticence is typical. Industry publications are allowed in, but if you are looking at this from the outside, they don’t want you there.

Inside DSEI, both long halls at the Excel Centre on the London Docklands were stuffed full of guns, missiles and ammunition. As far as the eye could see.

Delegations of Generals from places like Equatorial Guinea and Bahrain stalked the floors talking to the chubby English executives of BAE Systems and other weapons manufacturers.

Each country had its own “pavilion” where they could showcase their ammo, missiles, guns, snipers, or whatever machinery of death they specialised in. In the British section, amongst the grand BAE Systems display, government officials talked delegations through the latest gadgets on offer.

These government officials also protect the delegations and arms dealers from journalists.

As I tried to snap the Egyptian delegation, I was told by a DSO official that photos were not permitted inside. This is not a policy that I have ever seen.

Every stall has endless brochures, and there is very little due diligence performed on those exhibiting. At DSEI, I found an Indian firm called Aglaya with a big “CYBER WARFARE” sign in front of its booth. The sales executive peddled his security wares at the world’s largest arms fair from a camping chair with a few small signs. 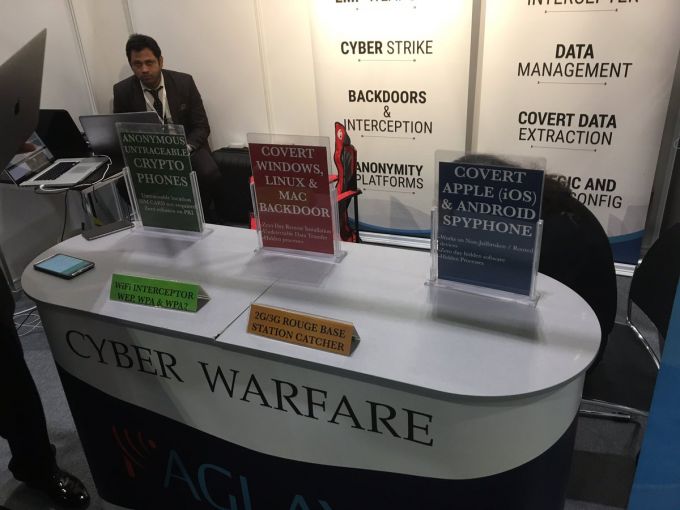 Funnily, Aglaya was advertising a tool to detect cellphone tracking devices called “rouge [sic] base station catcher,” misspelling ‘rogue.’ They were advertising “Zero day exploits”–or ways of hacking computer systems that are not known by the cyber industry.

And it’s not just London.

This web of expos and fairs has proliferated around the UK. From the Herefordshire Defence and Security Expo to Cyber Security Bristol, the UK has become the global hub for weaponry showboating events and the selling of violence equipment.

The shows draw delegations from some of the worst regimes in the world, from Egypt to Myanmar.

Most of the arms fairs are sponsored by arms manufacturers and often by government departments, whether it be the Department of International Trade or the Ministry of Defence.

Much taxpayers money goes towards showcasing British weapons to the world. But who is aware?