Igor Mashakin looks like a man moulded by the soil.  He has heavy, thick hands and iron legs accustomed to walking through fields renowned for their rich, black Ukrainian earth. He looks older than his 31 years and, as he stands sucking at a Bond cigarette – just one from the packet he will get through today – his face seems as furrowed as the land he ploughs.

It has not been an easy few years. In 2012, before the war descended upon this region like a shroud, his farm of 900 hectares was producing 2,000 tonnes of wheat, sunflower and barley a year.  He had 11 men under him and two women, as well as three cats and five dogs. Times were good. 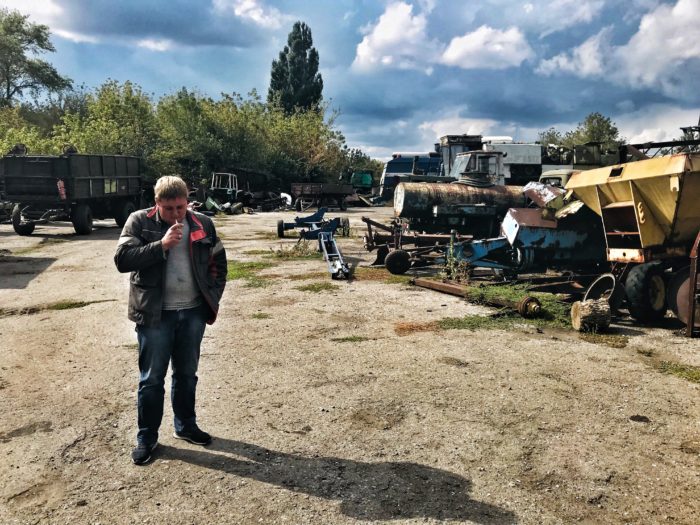 Then, in 2014, the conflict erupted. A popular uprising in Kyiv had forced President Viktor Yanukovych out of office. The Kremlin used that disruption, combined with infighting among Ukraine’s politicians, to annex the Crimean Peninsula to the south, and fuel separatist sentiments here the east. In the region of Donbas, two breakaway republics were proclaimed – Donetsk and Luhansk. Russia gave their military support, and pretty soon a war between Ukrainian government forces and separatist militias was in full flow. Thousands died.

Here in ‘Bogdan’ farm, the slow quiet that defines many a farmer’s life was shattered. Again, and again, Howitzer 122 mm shells landed in nearby fields and even closer.  One day, three Grad rockets rained down on the farmyard itself, and a Combine Harvester, a bulldozer and a drying machine were all destroyed in quick succession.  Today they stand, blackened skeletons – the constant reminder of the day that war visited. 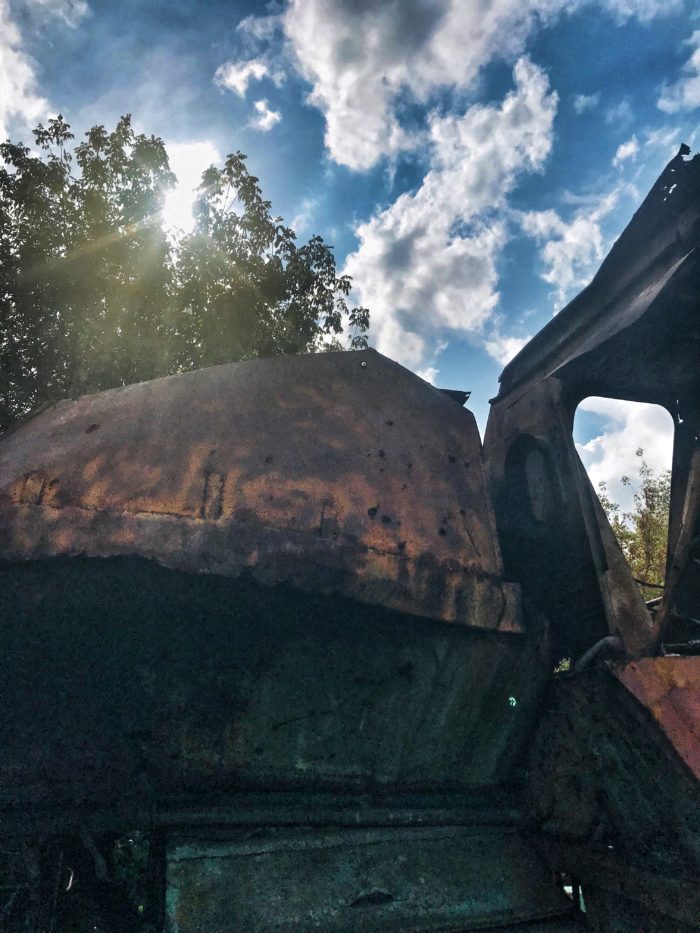 This, combined with the loss of the crop drying machine, the costs incurred hiring another machine to dry those crops, and damage to the outhouses in the farm, put the total estimated direct costs of the war at some $100,000.

Three men quit. Others stayed, but Igor, who drinks only a little himself, noted that many of those remaining began to drink heavily. One man, who was filling up a water cannister in the local well, was hurt badly by falling shells, his car destroyed. 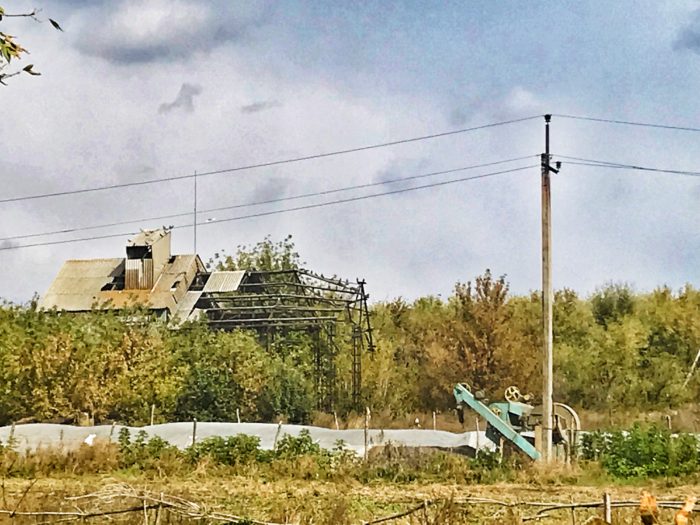 Damage to Igor’s farm from shelling is estimated to have direct costs of some $100,000.

They all feel nervous.  When they eat lunch out in the fields, they stay close to their tractors, fearful of landmines in the woods beyond. They piss and shit out in the open fields now, eschewing bushes that could contain a deadly explosive threat, as they had not been demined yet.

By 2015, production levels were down 50%, and they were unable to harvest either sunflowers or sow more seeds for next season’s crops. As well as the estimated $100,000 direct damage, they lost a further $45,000 in revenue.

Less obvious impacts revealed themselves. While they did not cut salaries, their lower income meant that they could not buy more modern equipment.  Instead they repair and repair again agricultural machinery that should long ago have been scrapped. Logistical problems also emerged – before the war they travelled just to Donetsk to sell their product at market, ten kilometres away. Now, they have to go all the way to the region Dnipropetrovsk, as the company that used to buy from them had to shut down.  Besides, they couldn’t cross the make-shift border with a heavy truck anyway. 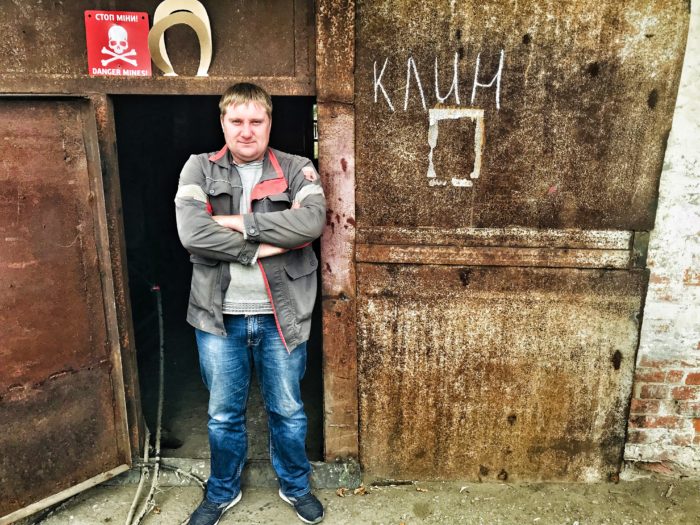 Much of the land surrounding Igor’s farm is contaminated by mines.

And it’s not just those added transport costs that pinch. New buyers, sensing a bargain, push down the price, deliberately reducing their offers because they know the farmers are already under the thumb.

“The buyers in Dnipropetrovsk are asking for 30% lower than the price we used to get,” says Igor. And then, on top of this, came things that had nothing to do with the war.  A rise in the price of seed, in pesticides, in petrol, in fertiliser.  These were global shifts, but for a region already suppressed by violence, unable to grow, they were crippling. The war has robbed this farm of the chance to be globally competitive.

Of course, farmers the world-over have long lists of their woes and grievances. Scratching a living from the land is never easy, and it is hard to be sure what complaints from Igor are justified, and what are imagined.  But the broken hulks of burnt-out agricultural machinery that litter his forecourt are truths that cannot be denied.

When asked about the future for him and his farmhands, Igor shrugs. “It’s hard to say, we take one day at a time, that’s all.”

And, for men used to their day being dictated by the weather, this war is a terrifying variable that hangs over them all, like the blackest cloud you can imagine.