As a global conference in Austria seeks to address the impact on civilians of explosive violence in urban areas, Action on Armed Violence (AOAV) today launches a searchable database to aid this mission. This database covers almost nine years of global casualty recording from explosive weapon harm.

The database, compiled from English-language media sources, contains over 22,000 explosive violence incidents reported from 119 countries. Between late 2010 and the present day, such violence caused over 300,000 casualties.

The use of explosive weapons typically results in harm to civilians, who make up over three-quarters of the total casualties recorded from such violence. 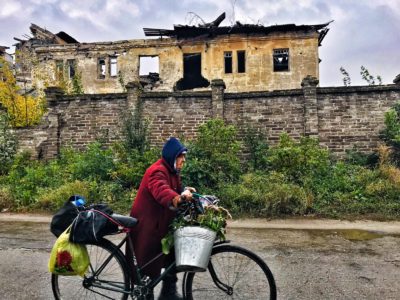 One of the consistent findings from the data is that when explosive weapons are used in populated areas, such as towns and cities, over 90% of casualties are civilians.

The database released today comes as more than 100 states gather in Vienna to discuss the Protection of Civilians in Urban Warfare.

Last month, to mark the 70th anniversary of the Geneva Conventions, created after WWII, the UN Secretary-General, António Guterres, and the President of the ICRC, Peter Maurer, issued a joint appeal for action, urging the adoption of a political declaration. AOAV calls on all states to work together to develop such a declaration but cautions that stronger standards must not be watered-down by states that reject the need for constraint.

AOAV’s Executive Director, Iain Overton, will address the more than 600 delegates to highlight the data’s key findings. “Modern conflict disproportionally impacts civilians in ways never seen before in history. When explosive weapons are used in towns and cities, nine out of ten people killed or injured will be civilians. States have to respond urgently to this terrible reality, and we welcome the Austrian government’s ambition in hosting this conference – the first of its kind.”

As a founding member of the International Network on Explosive Weapons (INEW), AOAV will be encouraging states to support the development of a political declaration to stop the use of explosive weapons with wide area effects in populated areas.

The launch of the database allows journalists, civil society and States to search through the data and extract explosive weapon casualty data.