In July 2019, Action on Armed Violence (AOAV) recorded 4,016 deaths and injuries from 423 incidents of explosive violence around the world, as reported in English-language media. Civilians accounted for 75% (3,004) of the deaths and injuries recorded.

When explosive violence was used in populated areas, 93% of all casualties were civilians, compared to 13% in other areas.

At least one death or injury from explosive violence was recorded in 25 countries and territories last month. The five worst impacted countries were Syria, Afghanistan, Libya, Somalia and Pakistan in terms of civilian casualties.

On July 22nd 2019, Russian bombardment struck a market and residential neighbourhoods in Maarrat al-Nu’man city in Syria’s Idlib. Over 130 were killed or injured in the bombardment. Throughout July, AOAV documented the surge in civilian casualties in Syria’s ‘buffer zone’.

In Libya, 67% of the civilian casualties were caused by just one incident, when, on July 2nd 2019, airstrikes hit the government-run Tajoura Detention Centre just outside the Libyan capital of Tripoli. The attack left over 170 killed or injured. At least 77% of all civilian casualties from explosive violence in Libya were caused by the Libyan National Army under the command of Khalifa Haftar. 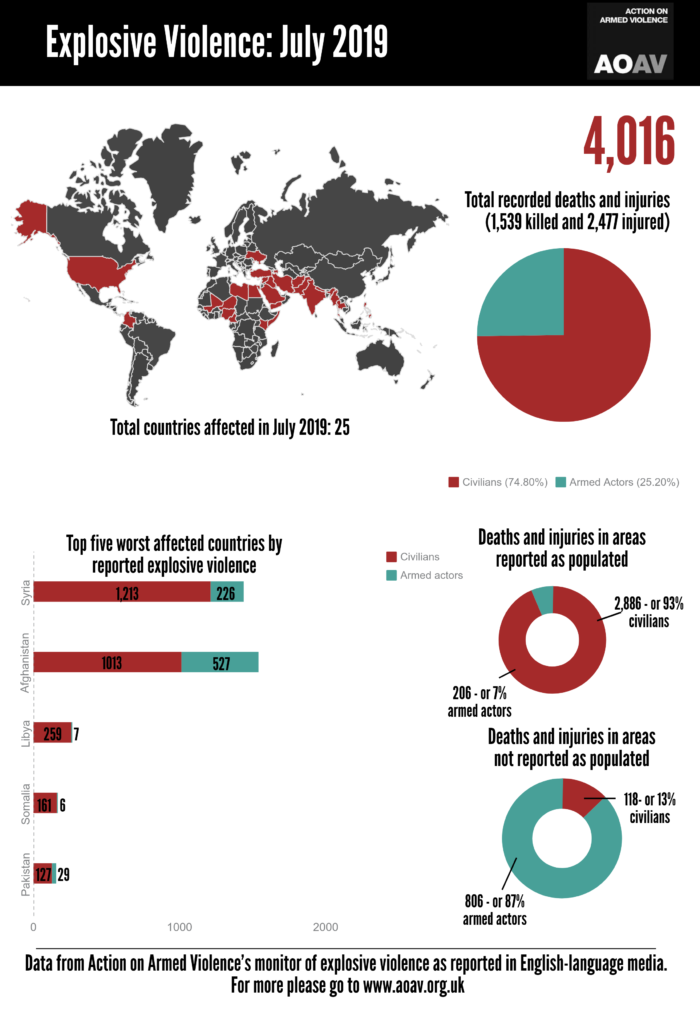