In October 2019, Action on Armed Violence (AOAV) recorded 2,632 deaths and injuries from 393 incidents of explosive violence around the world, as reported in English-language media. Civilians accounted for 62% (1,631) of the deaths and injuries recorded.

When explosive violence was used in populated areas, 90% of all casualties were civilians, compared to 16% in other areas.

At least one death or injury from explosive violence was recorded in 19 countries and territories last month. The five worst impacted countries were Syria, Afghanistan, Turkey, Pakistan and Libya in terms of civilian casualties.

Syria saw a significant escalation in explosive violence harm in October, mostly due to the Turkish operation along Syria’s northern-western border. Shelling from Turkish, as well as some Kurdish, forces has resulted in a rise in civilian harm. In September, AOAV recorded 145 civilian casualties from explosive weapons in Syria. This means civilian casualties between September and October increased by over 420%.

At least 53% of civilian casualties from explosive violence in Syria last month were caused by Turkish airstrikes or shelling.

In Libya, on the other hand, 49 of the 73 civilian casualties were caused by airstrikes and 24 were from shelling. Most incidents occurred in Tripoli. 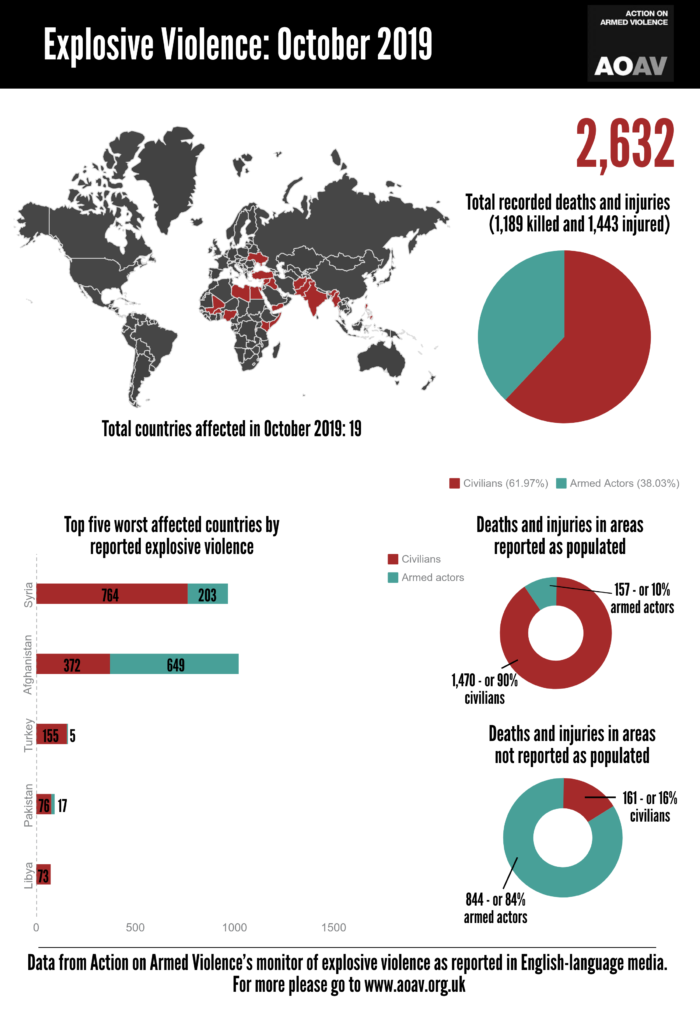