Explosive weapons have devastating impacts on the lives of children across the globe. From the increased likelihood of disabilities, to the impacts on their mental health, to the disruption to their education, one thing is clear: the effects of explosive weapons on children are far-reaching. Such effects also impact boys and girls in different ways.

The use of explosive weapons continues to have horrendous impacts on civilians. Action on Armed Violence (AOAV) recorded 32,110 casualties from explosive violence in 2018. Of these, 70% (22,342) were reported to be civilians. In populated areas, this percentage rose to over 90%.

While the UN have defined killing and maiming as one of the six ‘grave violations’ against children in armed conflict, the indiscriminate nature of explosive weapons continues to contravene this stance. Between October 2010 and July 2019, AOAV has recorded 13,284 child casualties – killed or injured – caused by explosive weapons, as reported in English language media. According to Save the Children, child casualties in conflict often go unreported, and so the real number is likely to be far higher. On the whole, many casualty monitors do not disaggregate victims by age. When they do differentiate children from adults, they often do not report the gender of children.

Despite limitations imposed by the available data, it is still clear that the effects of explosive weapons on children are distinctly gendered. AOAV has previously analysed the data on the gendered effects of explosive weapons on civilians. In this article, this analysis is expanded to focus in on child civilians. It is important to do so. Children often experience conflict differently to adults. Girls and boys frequently experience conflict differently. This may occur because of differing access to education, the make-up of public spaces, or how they are treated in medical facilities. 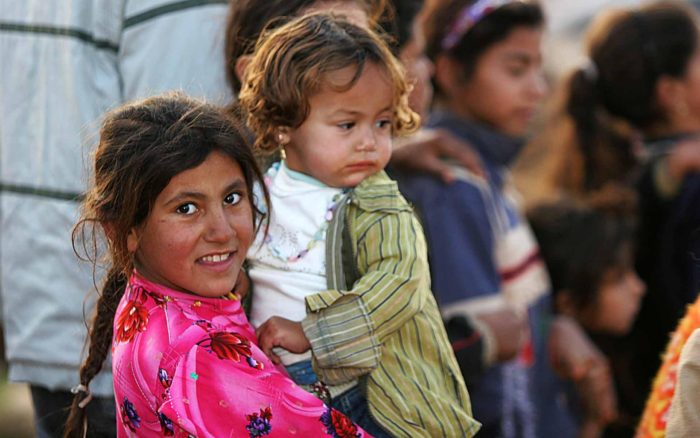 Direct harm from explosive weapons broadly includes fatalities and injuries inflicted upon the victims. Despite the underreporting of the direct harm experienced by children, significant epidemiological studies have been carried out.

The British Medical Journal (BMJ) published in September 2019 a critical study into the direct harm of explosive weapons to children. The study examined the major existing literature published on blast injuries, screening them for data pertaining to paediatric injuries following blasts. The study found that when explosive weapons were used by non-state actors against civilians, such as Improvised Explosive Devices (IEDs), the most commonly injured paediatric group were boys aged 10 to 18. With Explosive Remnants of War (ERWs), the victims were largely boys aged 4 to 10.

These findings were based on previous studies, such as one examining landmine injuries in Bosnia and Herzegovina, which found that child victims were overwhelmingly male. Children were most likely to be injured while taking part in recreational activities, whereas adults were far more likely to be injured while carrying out security roles. Another study examined the effects of unexploded ordnance in Afghanistan. In this case, 81% of those injured were civilians, 92% were men and boys, and 46% were younger than 16. This study outlined that the biggest risks for children were playing and tending to animals. The increased likelihood of boys to help with farming and tending animals may partly account for this gendered discrepancy. Several reports also note that part of the problem with UXOs is their small, colourful, and toy-like nature. This can worryingly attract children to these devices and encourage them to pick them up, often resulting in fatal injuries. With ERW, reports have noted there still exists a significant lack of formal education in the harms and risks they present.

Overall, the report found that all studies on children and blast injuries showed the leading gender of victims to be male, accounting for over 70% in three quarters of the studies. The BMJ report also includes an analysis of the different types of blast injuries experienced by children. Younger children have an increased morbidity and mortality compared to older children. Older children also have much more comparable injury patterns to adults. However, these findings are not gendered and the report does not explicate whether this varies between boys and girls.

Why boys are far more likely to be harmed by explosive weapons than girls is complex. They may be more likely to be impacted by IEDs, for instance, because IEDs currently proliferate in countries where public spaces are largely male terrains. In short, in countries which experience high levels of explosive violence, such as Afghanistan, street life is largely male-dominated. As such, older male children may be more exposed to IEDs, which often target restaurants and markets, than their female counterparts.

In terms of Explosive Remnants of War (ERWs) and Unexploded Ordnance (UXOs), one suggestion as to why boys are more impacted than girls is that in rural communities, which are often heavily impacted by such devices in conflict and post-conflict nations, male children may be more likely to be in the fields, supporting their families in farming and herding. This makes them more vulnerable to these weapons.

More work is required to understand the reason why boys are more impacted than girls, however, and how such a threat might be mitigated.

Literature examining the effects of explosive weapons on children tends to focus on indirect harm. And yet, while NGOs such as Save the Children have produced significant literature on this topic, such reports are rarely from a gendered perspective. Indirect harm usually focuses on such things as the long-term effects of infrastructural damage from explosive weapons, and other impact on healthcare and education facilities.

Save the Children have reported that, in Syria, 84% of adults and nearly 100% of children believe the constant bombing and shelling is the main cause of psychological stress in the daily lives of children. While that report does not specifically focus on the comparative mental health impact of explosive violence on boys and girls, it does feature a quotation from a psychologist working in Syria:

“Boys face particular pressure to ‘man up’, which leads boys who need help to become more aggressive and assert their masculine identity. Boys who wet the bed are sometimes made fun of at home — they’re told they’re behaving like girls and won’t become a man. This adds new stress which made them wet the bed in the first place.”

This gives a brief insight into how gender roles may play a role in how children access mental health services and medical support. Hyper-masculine notions of ‘manning up’, according to this psychologist, add to the trauma experienced by children. 80% of the adults and children interviewed by researchers in this study found that out of those interviewed, children injured in the Syrian conflict displayed more aggressive behaviour. 71% said these children displayed PTSD symptoms. However, these figures are not examined through a gendered lens.

The damage caused by explosive violence often exposes children to other forms of violence. IEDs, airstrikes, and missiles cause high levels of displacement. This may be due to houses being destroyed, infrastructural damage, or fear of being harmed. Families thus often end up in refugee camps. Sexual and gender-based violence (SGBV) is rife in these camps, which are overcrowded, underfunded and undersupplied. This significantly impacts adolescent girls as well as women. Save the Children has also reported that in Syria there has been a sharp rise in the number of forced marriages, including girls as young as 11. The claim is that this is partly due to the fact that girls are no longer able to attend school due to the damage caused by explosive violence.

Overall, it is clear that explosive weapons have significant reverberating effects on the lives of children. More research examining this impact is, however, required.

While the recent report published in the BMJ impressively examines the literature on children and explosive weapons, there is overall still a dearth of gendered analysis of this vulnerable population. This is the case for both direct and indirect harm. If we want to understand how the lives of children are impacted by explosive violence, we need to analyse it from all angles. Indeed, as this report briefly outlines, gender is a significant angle to take. From the large number of boy casualties, to exposure to SGBV, to mental health impacts, gender plays an unfortunate role in the harm caused by explosive violence to children the world over.