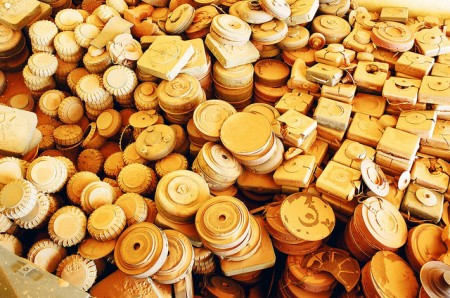 Nobel-prize winning efforts by the International Campaign to Ban Landmines (ICBL) network, of which AOAV was an active member, are a notable example of the power of non-governmental actors.

Formal institutions are critical components to any effort to reduce armed violence and mitigate its impact. Government bodies, notably those from the security and justice sectors but also health, social services and municipal authorities (among others), have a leading role to play in addressing armed violence. The legal framework, regulations, policies, practices and informal norms that guide government action typically need to be changed in order to better mitigate armed violence and support those it victimises. Often underestimated is the need to coordinate action across implementers, programmes and often international donors and NGOs; quite often relevant coordination bodies are weak or non-existent.

In addition to government institutions, other sectors should be mobilised to address the problem of armed violence. Local NGOs, community based organisations, businesses and the media, as well as traditional and religious leaders, have proven in numerous contexts to be as or more critical to solving serious social problems.

The Nobel-prize winning effort by the International Campaign to Ban Landmines (ICBL) network, of which AOAV was an active member, as well as dozens of inspirational leaders – such as Diana Princess of Wales, Jody Williams, Queen Noor of Jordan, and survivors such as Tun Channareth, Song Kosal, Margaret Arech Orech – to pass the Landmine Ban is a notable example of the power of non-governmental actors to affect change.

The joint effort between civil society organisations and the Catholic Church to negotiate a gang truce in El Salvador, which reduced the number of murders by half overnight, is another example of the extraordinary impact of non-governmental actors. 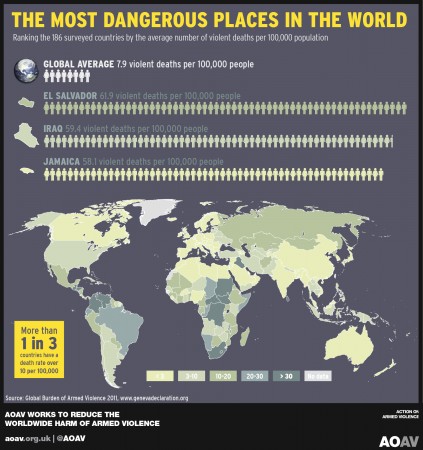 In addition to formal bodies, informal institutions must be mobilised to reduce armed violence over the long term. Authorities struggle to implement laws and programmes in any country when the underlying society and culture is unsupportive; changing social and political norms, informal traditions, and long-standing cultural and religious practices is often crucial to tackling a problem as multi-faceted as armed violence.

Public sensitization campaigns, efforts to prevent election-related violence and encouraging traditional and religious leaders to speak out against weapons and suicide bombing are just some examples of what can be done to influence informal institutions.

AOAV helps build institutions at the international, regional, national, and local levels that help prevent armed violence and mitigate its impact on people. AOAV is one of the leaders of Global Alliance on Armed Violence (GAAV), a coalition of local and global leaders committed to reducing armed violence that shares best practices on armed violence monitoring and analysis around the world. AOAV has provided mentoring to and conducted joint research with SEHLAC (Seguridad Humana en Latinoamerica y el Caribe), a regional network composed of Latin American experts and organisations that shares ideas, debates armed violence reduction strategies, and lobbies regional leaders to focus greater attention on armed violence.

AOAV has also been very active at the national and local levels in over a half dozen countries in Africa. AOAV has been working with Nigerian NGOs to form a national Working Group on Armed Violence that will measure the incidence and impact of armed violence across the country. AOAV has also begun to support government bodies such as the Sierra Leone National Commission on Small Arms (SLeNCSA) and the Polisario Ministry of Defense in Western Sahara as they address issues of weapons stockpile management and landmine action, respectively.

Finally, AOAV supports survivors’ groups as they plan and conduct advocacy and public awareness campaigns on the rights of armed violence victims and the disabled and lobby for legislative and regulatory reforms to better address their needs.