The West Point area of Monrovia has a troubled reputation in the view of many Liberians. Though it is associated with high levels of crime and violence, there is still a need for empirical data to present an accurate portrayal. AOAV has found a strong community that is struggling with extreme poverty, overcrowding, and lack of economic opportunity. Crimes are often economically motivated thefts due to the lack of income opportunities presented. 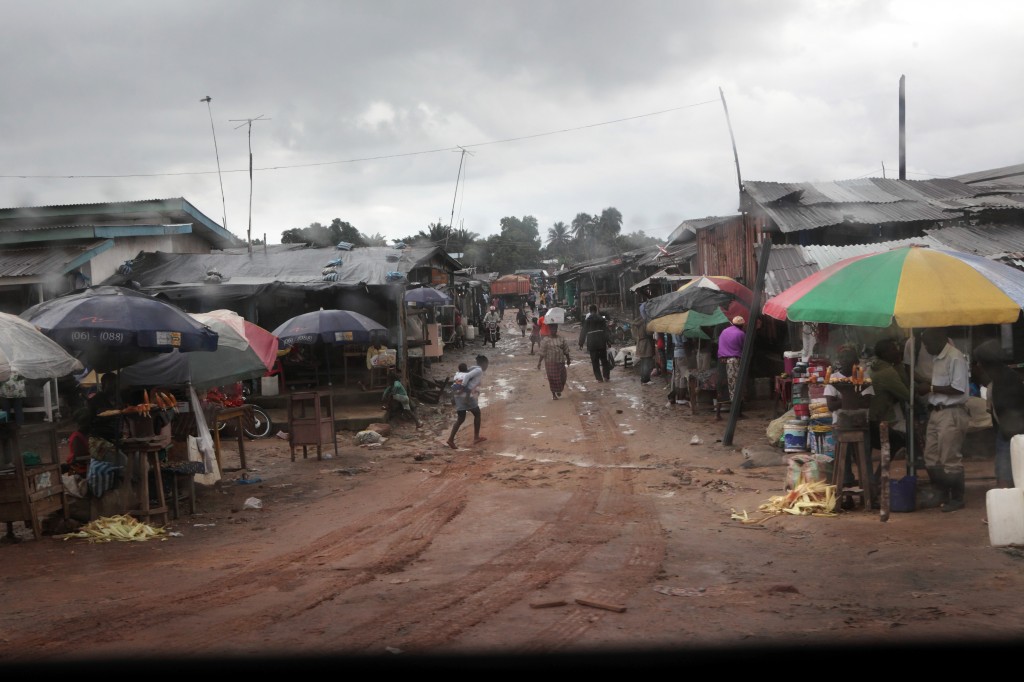 A 2012 AOAV baseline survey on the Impact of Armed Violence in West Point, Monrovia, found that youth were likely to be the perpetrators as well as the victims of armed violence. As a response, the Armed Violence Reduction Programme in West Point has been designed to engage youth in the community.

The programme is using existing community institutions and resources for managing conflict and providing capacity to utilise these community strengths. Through working with youth and allowing them to learn to prevent, reduce, and intervene in conflict, the programme will transform youth from instigators of violence into peacebuilders within their community.

The Conflict Transformation Teams (CTTs) are one arm of the Armed Violence Reduction Programme in West Point. The members of the CTTs have been brought in from the community based on their existing strengths, such as capacity to listen, mediate, and provide advice. AOAV has facilitated further strength-based training to build on their existing capacities and to provide support.

Working closely with local partners, such as the Liberian National Police, the CTTs act to prevent and intervene in conflicts that arise in the community. They fill a void between policing and vigilante groups, with their role encompassing the de-escalation of tensions between parties and addressing issues building on existing community strengths and capacity. Currently, the CTT project is establishing itself in West Point, building connections with street leaders and designing outreach programmes.

Working closely with the CTTs, the second arm of the project in West Point is the establishment of multiple drop-in centres for youth. There is a lack of youth-oriented space in West Point to cater for the large number of young people in the community; the drop-in centres will re-appropriate and transform existing spaces and turn them into productive, empowering, and positive areas for youth to attend. AOAV is partnering with entertainment centres to host drop-in centres and working with the community youth in identifying where to establish these centres.

The drop-in centres will provide a range of resources, including workshops and classes, tailored to meet the needs of the youth community. Attendees will be encouraged to suggest themes, help design and help run workshops themselves. These will be conducted by specially trained youth workers and will span many thematic issues such as arts and culture, non-violent communication, conflict de-escalation, reproductive health, harm reduction, substance abuse, and literacy.

The drop-in centres will also serve to inform about the CTTs as an option to respond to and de-escalate conflict, as well as encourage victims of armed violence to report their experience to the authorities. This will ensure that data is provided to the LAVO project and will help to establish a representative picture of armed violence incidents in the West Point area, and will help to positively address problem areas.