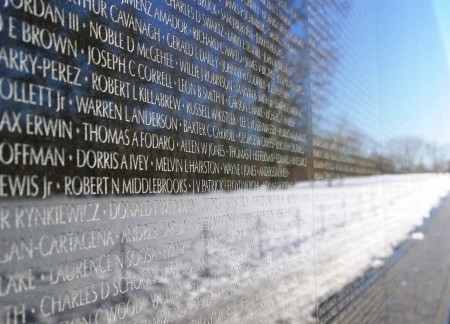 Counting the Cost of armed violence is driven by a belief that by properly recording and analysing the impact of violence on local, national and international levels, we can reduce the impact armed violence has on communities.

To AOAV, casualty recording provides a rational and moral basis upon which we can argue for change. To this end, our work on Counting the Cost is to persuade governments to produce regular national reports on armed violence and to comprehensively record casualties.

The need for better armed violence data is widely accepted in the international community.  The Geneva Declaration on Armed Violence and Development, first adopted by 42 states on 7 June 2006 and now endorsed by over 100 states, included promises to “support initiatives to measure the human, social and economic costs of armed violence, to assess risks and vulnerabilities, to evaluate the effectiveness of armed violence reduction programmes, and to disseminate knowledge of best practices.”

Yet despite a growing understanding of the need for, and commitment to, better measurement of the incidence and impact of armed violence, concrete progress on an international level has been woefully limited. A lack of internationally accepted protocols for defining, counting, measuring, and analysing armed violence has made it difficult to collect and compare data across countries.

In many countries, especially those suffering from significant past or present conflict/violence, there are unsurprising challenges for collecting data related to insecurity and inaccessibility, weaknesses in state capacity, insufficient funding and a lack of political will. Politics can also complicate matters. Data can be manipulated for political point-scoring; in other cases, government officials may want to underestimate the seriousness of the problem to avoid creating a negative impression of the country’s security situation.

Certain types of armed violence are especially undercounted; gender based violence often goes unreported due to cultural norms, government inattention, or a lack of hope for remedy or restitution among victims.  Many countries have not given enough attention or funding to measuring and analysing armed violence. The number of national or sub-national armed violence observatories (AVOs) is quite limited, and where they exist, they tend to focus on crime or conflict and not on the wider issue of armed violence.

AOAV is working with governments and leading civil society organizations across the globe to make progress in Counting the Cost of armed violence. AOAV promotes the use of a standard reporting template for national reporting. AOAV helped establish the Liberian Armed Violence Observatory (LAVO) in 2011, one of the world’s first national observatories specifically focused on collecting data and conducting analysis on the issue of armed violence.

Since then, AOAV has begun working with stakeholders in Burundi, Nigeria, and Sierra Leone to establish their own observatories (AVOs) and to improve regional sharing of armed violence data. AOAV continues to conduct research on the subject as well, releasing a report on armed violence observation in 12 countries in Latin America and the Caribbean. AOAV, in collaboration with the Oxford Research Group, is also conducting an overview of state and UN practices in recording casualties that will be used to strengthen our policy call for an obligation to record casualties of armed violence.

Counting the Cost for people means quantifying its impact on civilians. Recording the numbers of civilians killed and injured is one of the best ways to do this. To this end, AOAV aims to ensure that every country sees recording casualties as an obligation and a clear sign of accountability towards its citizens. Being properly recorded and identified is a basic right of every victim of armed violence and can help fulfilling other rights, such as access to healthcare.

Casualty recording can also be an effective way to prevent and reduce armed violence by providing hard evidence of the true impact of armed violence. The evidence gathered by AOAV and partners informs targeted advocacy efforts towards an international obligation to record casualties.

In line with its programmatic approach, AOAV believes best practice requires both government and non-governmental institutions to engage with these reports. Such collaboration ensures that the reports maintain commitment beyond the political life of the government, generate a wider dialogue about the national response to armed violence and help coordinate real-life responses to the problem.

Little is known about the existing practices of states and the United Nations to record casualties in situations of conflict and armed violence. AOAV, in collaboration with the Oxford Research Group, investigates how governments and United Nations agencies worldwide record casualties in situations of conflict and places affected by armed violence. A series of good and bad practices are examined, both in terms of recording and in terms of the benefit from such recording taking place, to reinforce the global call for casualties to be promptly recorded, correctly identified and publicly acknowledged.

The use of explosive weapons in populated areas is a major issue for AOAV, and is at the forefront of international efforts to mitigate the severe human suffering caused by the use of such weapons. We record how they kill, injure and destroy the lives of tens of thousands of civilians each year. Through this, we are identifying specific patterns of harm that should eventually lead to stronger regulations on how explosive weapons are used.

Mapping “who does what” in Nigeria

Nigeria’s military rule ended over a decade ago, but armed violence there shows no sign of abating. In response, countless official and informal responses to curb this violence are underway. Yet, because of Nigeria’s sheer size, its large population and a chronic scarcity of data, these efforts are poorly understood. As a first step to improving the knowledge of these efforts and the coordination between them, AOAV and the Nigeria National Working Group on Armed Violence has identified over 400 actors who work against armed violence. The findings feed into a central database of organisations and their ongoing projects. Further assessment of the effectiveness of these responses is currently ongoing.

Technology and casualty recording
AOAV is engaged with identifying best practices in casualty recording worldwide.  Given the opportunities modern technology affords, we are actively researching ways to harness the capabilities of social media, mobile phones, and other communication networks to gain a greater understanding of the impact of armed violence around the world.

The Global Alliance on Armed Violence (GAAV) is one initiative that AOAV is actively supporting in order to build evidence on the impact of armed violence. The Global Alliance on Armed Violence is a coalition of actors – from local organisations to global institutions and decision-makers – working to prevent and reduce armed violence worldwide. One of the areas the Global Alliance focuses on is increasing understanding of the problem through evidence. AOAV plans to engage actively in this area of work to increase the impact of its policies and programmes.

SEHLAC (Seguridad Humana en Latinoamerica y el Caribe) is a regional network composed of Latin American experts and organisations. The group offers a space to share ideas and debate the issue of armed violence; it promotes relevant topics and coordinates actions and strategies. In collaboration with AOAV, the group also carries out research to increase evidence of the impact of armed violence in the region. One piece of research has looked at how countries in the region measure and monitor armed violence.

Oxford Research Group and Action on Armed Violence are working jointly to produce an overview of governments’ and United Nations’ casualty recording practices.

Working Group on National Reports on Armed Violence: AOAV leads this working group coordinating advocacy work to promote national reporting on armed violence and supports countries in producing those reports by elaborating a template that can be used as a guideline and through technical support in the development of the report.

Nigeria Working Group on Armed Violence: This working group is AOAV’s main partner in Nigeria. This partnership has led to a joint research project and it provides a forum to discuss further initiatives to jointly address armed violence.