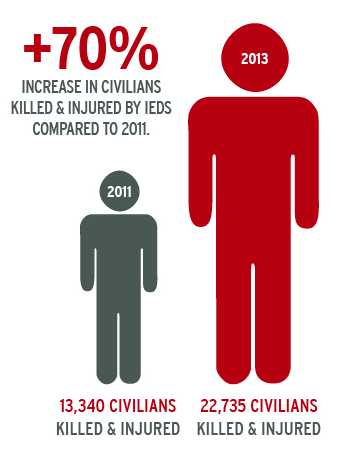 AOAV has been monitoring the worldwide impact of explosive weapons since 2011. Our survey has shown that civilians make up the vast majority of deaths and injuries from explosive violence in populated areas.

We are a founding member of the International Network on Explosive Weapons (INEW), and carry out research and advocacy to reduce the suffering caused by these weapons.

In 2013, 37,809 people were recorded to have died or been injured by explosive weapons. Civilians made up 82% of these casualties.

Most importantly, perhaps, AOAV’s research has shown that when explosive weapons were used in populated areas, 91% of casualties were civilians. In other areas this figure fell to 32% – a marked decrease.  This decrease lends huge weight to our call for political commitments from State Parties to abstain from and to condemn the use of explosive weapons in populated areas – the main thrust of AOAV’s lobbying efforts in this area.

PROGRAMMES
AOAV backs up its research with work in countries and territories that still bear the scars of explosive weapons many years after they were used. 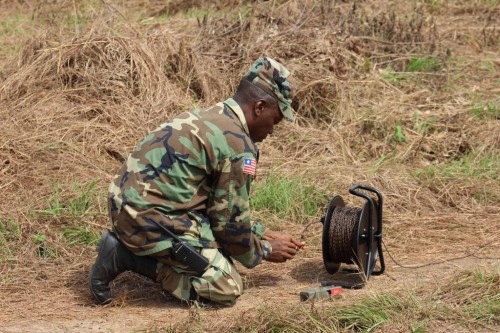 LIBERIA
Fourteen years of conflict and civil war have left Liberia with a small but significant contamination problem of unexploded ordnance (UXO) and explosive remnants of war (ERW).

With the draw-down of the UN Mission in Liberia (UNMIL), who has previously taken responsibility for the disposal and safe clearance of these dangerous leftovers from the conflict, AOAV worked to build the Liberian government’s capabilities to respond to these threats.

AOAV has trained the Armed Forces of Liberia (AFL) in the clearance of unexploded ordnance, explosive remnants of war, and in explosive ordnance disposal (EOD). To broaden the response to explosive items, AOAV trained the Liberian National Police (LNP) in UXO, ERW and munitions awareness, recognition and response. It will aim to familiarise the Police with these items so that they will understand the need to report immediately to the AFL response teams for swift disposal. 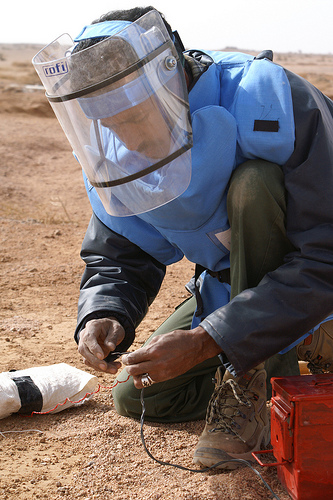 WESTERN SAHARA
AOAV started work in Western Sahara in 2006 and was the first organisation to conduct a survey into the extent of landmines, cluster bombs and other remnants of war in the area east of the Berm.

AOAV was the only organisation clearing Explosive Remnants of War (ERW) east of the Berm. To date, AOAV has cleared over 26 million square meters of land and 22,000 dangerous items (Unexploded bombs and Cluster munitions).

So far, AOAV has cleared Tifariti and Bir Lahlu, two of the most affected regions of all known cluster bombs and Unexploded Ordnance (UXO). Currently, the clearance of Mehaires, another badly affected region, is being carried out. Now that most of the dangerous areas have been cleared, AOAV supports the Saharawi people on how to best use the cleared land in order to improve their lives.  AOAV has also helped to create and build the capacity of the Saharawi Mine Action Centre.

Back to What we do.