Understanding the regional and transnational networks that facilitate IED use

The main perpetrators of IED attacks in the countries most affected by explosive violence are almost all Salafi-jihadi in outlook and in practice.  The jihadi terrorism that fuels such attacks is, in turn, a globalised transnational enterprise, networked but largely decentralised in its operations.  This report examines the regional and transnational networks that facilitate IED use, aiming throughout to analyse and explain as well as to describe them.  The report focuses on networks linking the ‘Islamic State’ (IS); al-Qaeda (AQ) and its affiliates; the Taliban; al-Shabaab; and Boko Haram, as these are the major groups responsible for the worst IED violence. 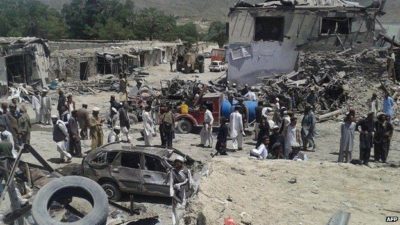 AOAV has been able to identify links between several of the groups relating to the manufacture, tactics and usage of IEDs, as well as signs of interorganisational cooperation.

The report also examines the cultural, religious and ideological underpinnings of Islamist terrorism, and focuses on these groups’ shared Salafi-jihadi ideology in the context of other relevant factors. Groups vary in the degree to which they seek to justify their actions theologically, but they all adopt some sort of religious framework.

The sources of Islamist terrorist groups’ financial, material and human resources are diverse and have evolved with changing circumstances – including counterterrorism measures – in recent years. These various sources and responses to counter these funds are examined, including state sponsorship, private donations, self-funding, and charities.

Finally, the report looks to future, or growing, areas of concern and provides recommendations on how to better stem the tide of IED use and its devastating impacts.

Below you can find the various sections of the report.

Known perpetrators of IED attacks in the past five years:

Sources of funding (including self-funding) for the major groupings that perpetrate IED incidents:

Areas of concern for the future:

This post is part of the report, “Understanding the regional and transnational networks that facilitate IED use”. This research was undertaken with kind assistance from the NATO Counter-IED Centre of Excellence and the Norwegian Ministry of Foreign Affairs.