Explosive Violence in Iraq in 2021

In 2021, there were 600 civilian casualties of explosive violence recorded in Iraq, two and a half times more than were recorded in 2020 (232), returning to a similar level as seen in 2019 (638). Of the 600 civilian casualties of explosive weapons, 142 were killed and 458 injured. Civilians accounted for over half, 53%, of the total 1,139 casualties. When explosive violence occurred in populated areas, 87% (512) of those killed or injured were civilians. There were 266 incidents of explosive weapon use recorded last year, compared to 204 in 2020.

42% of civilian casualties from explosive weapon use occurred at markets, as a result of two particularly devastating incidents in which Islamic State suicide bombers targeted busy markets in Baghdad. Across these two incidents, at least 67 civilians were killed and 170 injured. (Sources: BBC, BBC)

Since Action on Armed Violence’s monitor on global explosive violence harm began in 2011, AOAV has recorded 56,916 civilian casualties from explosive weapons in Iraq, and 74,610 casualties in total (as of 31 Dec 2021).

Review
AOAV’s first Explosive Violence Monitor, published in 2011, cited Iraq as the state worst-affected by explosive violence. Since then, the country has faced high levels of civilian harm, only abating in recent years. Over the first five years of the Explosive Violence Monitor, AOAV recorded 41,018 civilian deaths and injuries as a result of explosive violence in Iraq. This was by far the highest figure of any country in the same timeframe and was nearly 10,000 more than the next most conflict-affected state, Syria.

Following the final withdrawal of US troops in December 2011, Iraq saw its already shaky security situation deteriorate further. Increased activity from al-Qaeda in Iraq, between 2011 and 2013, resulted in a steady rise in deaths and injuries in the country. In 2013, AOAV recorded 12,799 civilian casualties from explosive weaponry, making it not only Iraq’s most violent year over the course of the monitor, but one of the most violent years AOAV has recorded in any country.

From 2014, ISIS was engaged in active conventional warfare against the Iraqi state, capturing several major cities over a two-year period. Despite this, casualties fell in 2014 and again in 2015, when Iraq dropped to third place on the table of countries worst effected by explosive violence for the first time. The reasons for this fall were not entirely clear and may simply have reflected the extremely high death toll recorded in 2013. Furthermore, the fall did not reflect a drastic improvement in Iraq’s security situation, with still more than 5,000 civilian casualties recorded in 2015.

6,359 deaths and injuries from explosive violence were recorded in Iraq in 2016, representing a 26% rise from the year before. Casualties remained at a similar level the following year, meaning that, in both 2016 and 2017, AOAV cited Iraq as the second most conflict-affected country in the world. The rise in casualties reflected the intense military confrontations between the Iraqi Government and ISIS at this time. Key battles, such as the Iraqi forces’ offensive to recapture Mosul, between October 2016 and July 2017, were particularly harmful for civilian populations, especially given the increase in airstrikes initiated by the US-led coalition. Undoubtedly, the enormity of civilian casualties recorded in Syria in 2016 and 2017 did, to some extent, dwarf Iraqi figures. However, the fact that Iraq recorded twice as many civilian casualties as the next most conflict-affected country in both 2016 and 2017, is testament to the sizeable civilian harm brought about by these intense military confrontations.

Casualties from explosive violence in Iraq have fallen drastically in recent years. The AOAV 2018 Explosive Violence Monitor recorded 1,508 civilian casualties in Iraq, a 77% fall from the previous year. This decrease, although partly the result of reduced IED attacks, was primarily brought about by a drastic drop in the number of civilian casualties caused by airstrikes, which had been responsible for more than half of Iraq’s deaths and injuries in 2017. By 2018, this form of explosive violence had almost disappeared in Iraq, with only 22 recorded casualties over the course of the year – a 99% fall from 2017.

The 2019 Explosive Violence Monitor recorded a further drop in civilian casualties. 638 civilians were killed or injured by explosive weapons in that year, which reflected a decrease of 58% from the year before. It also meant that Iraq dropped out of AOAV’s list of the top five worst-affected states for the first time in the history of the Monitor – ranking 8th. This pattern of falling explosive violence continued into 2020, with AOAV recording 232 civilian casualties – a 76% fall from 2019. Although IEDs continue to cause serious civilian harm in Iraq, there are signs that violence is abating, sparking hope for the future of the country.

Despite recent falls in the incidences of explosive harm, the decade 2011-2020 saw extreme levels of violence inflicted on the Iraqi people. As a result, Iraq was the second worst-affected country by explosive violence in the last ten years, behind only Syria. In this timeframe, AOAV recorded 73,471 deaths and injuries from explosive violence, of which 56,316 (77%) were civilians. It is likely, however, that the actual figure is much higher. Reporting in Iraq has been notoriously difficult over the past decade, especially in areas such as Fallujah and Mosul where the intensity of conflict has made accurate coverage close to impossible. As such, the data from the AOAV Explosive Violence Monitor, which records deaths and injuries confirmed by English language news outlets, undoubtedly fails to capture the full extent of the damage done by explosive weapons in Iraq. In particular, the difficulty of reporting in areas engaged in active warfare means it is likely that AOAV data underestimates the harm done by ‘conventional’ explosive weapons and overplays the role of IEDs. 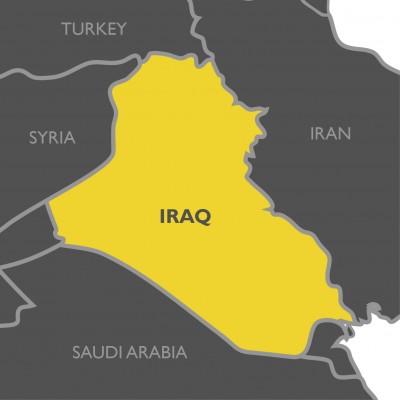