The main threat to civilians from explosive weapons in Sudan comes from the skies.

Civilians living in the Nuba Mountain region in the central state of South Kordofan have come under persistent attack as the Sudanese Air Force (SAF) has carried out a campaign of aerial bombing in the province. These attacks have also triggered large-scale civilian displacement. Unguided bombs have been rolled manually from Antonov planes as they fly above civilian areas.

Similar bombings in the embattled Darfur regions in the west of the country have also killed civilians, and destroyed village homes, livestock and vital infrastructure.

Activists have also reported the use of very concerning explosive weapons in Sudan. The FAB 500 SHN is a huge free-fall bomb, made distinctive by a parachute that slows the flight of the munition as it drops. These Russian-made bombs, which have also been seen in Syria, weigh 518kg; almost half of this weight is its high-explosive content. Each bomb has a destructive area as wide as 1,500 square metres. 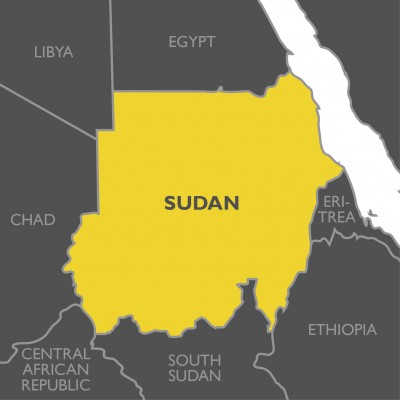 The latest on explosive violence in Sudan