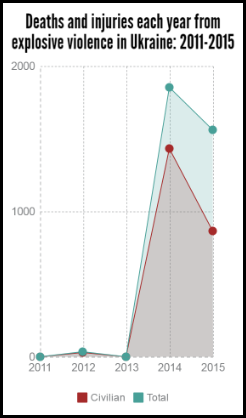 Of the 3,435 deaths and injuries from explosive violence in Ukraine recorded in AOAV’s Explosive Violence Monitor in the last five years, 3,405 took place in 2014 (1,848) and 2015 (1,557). Before 2014, there were only 4 attacks involving explosive violence recorded – 3 of which were IEDs detonated on the same day in Dnipropetrovsk in April 2012, and the other later the same year.

The most used form of explosive violence has come in the form of ground-launched attacks, which have accounted for 89% of all civilian deaths and injuries.

AOAV visited Ukraine in the summer of 2015 to report on the impact of grad missiles in the eastern port city of Mariupol. The report – Wide Area Impact – can be read here.

The reduction in deaths and injuries may somehat be explained by a physical reduction in such violence, but it also is likely to be impacted by reporting fatigue.

80% of civilian deaths and injuries have been caused by ground-launched explosive violence such as shelling. The remainder have been due to IEDs and mines. 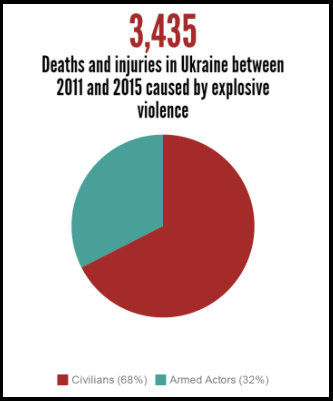 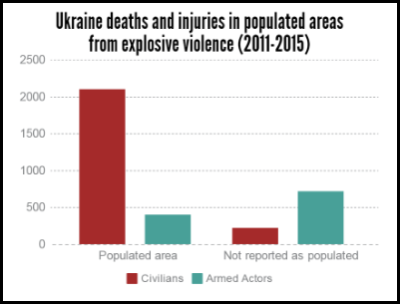 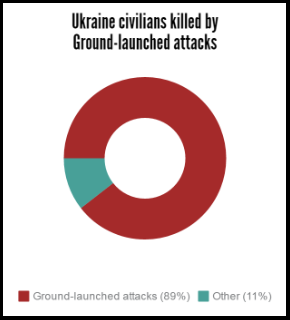 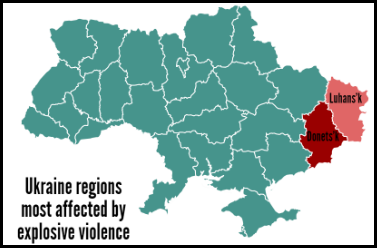 Latest on explosive violence in Ukraine