Air strikes in Afghanistan have long been controversial. Many civilians have lost their lives in aerial bombing. Accusations of civilian deaths and injuries have been damaging to NATO ISAF’s reputation in the country.

In Air Power in Afghanistan AOAV examines the rules that NATO implemented to try and reduce the civilian harm caused by their use of aerial explosive weapons in populated areas. As this graphic shows, using data from the United Nations Assistance Mission in Afghanistan (UNAMA), there has been a steady decline in the humanitarian impact of air strikes for civilians in Afghanistan. 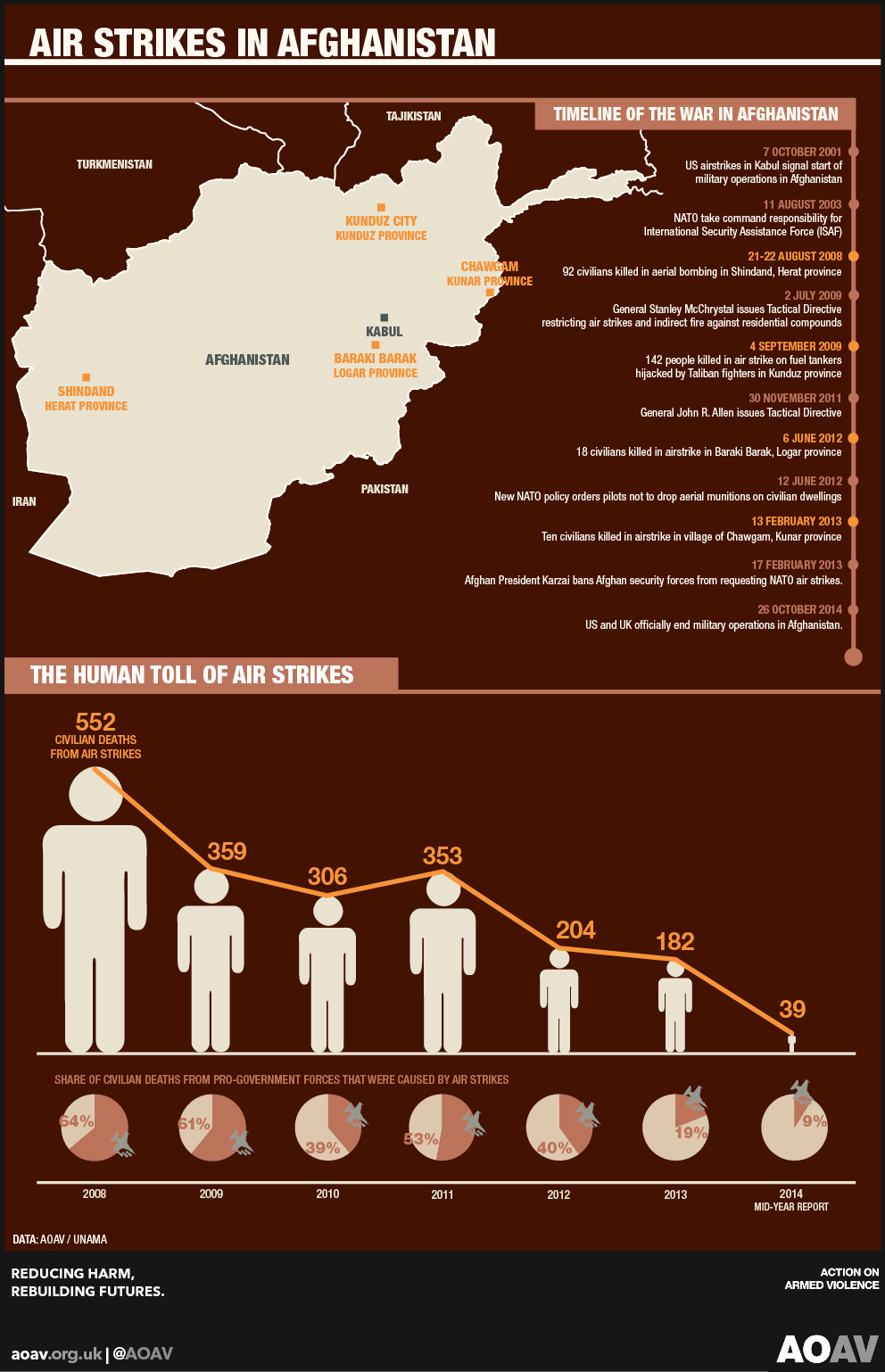