AOAV began working in Liberia in 2005 with a mandate to recover weapons and ammunition in civilian areas for disposal and to conduct risk education in at-risk communities. This programme quickly developed away from a weapons focus and transitioned to a focus on the people and communities affected by armed violence.  After investigating ways in which groups of ex-combatants and war-affected youth could be socially and economically reintegrated into society and decrease their potential to engage in violence, AOAV commenced its first agricultural training programme in 2007.

In 2010 AOAV broadened its work to include the collection and analysis of data on the incidence, impact and drivers of armed violence in Liberia, and in early 2011 the Liberian Armed Violence Observatory was established. Since then, a multi-stakeholder group has been working to set up the observatory and develop a collaborative facility to collect and analyse data.  In order to put the LAVO findings to use, AOAV is working with local partners in 2013 to implement armed violence reduction projects in highly affected neighbourhoods of Monrovia.

In 2012, as part of its programmatic expansion into Sierra Leone to develop a Mano River Union regional programme, AOAV conducted a border region assessment of armed violence and local capacity to address and reduce violence. A 2013 measurement and mentoring project to improve security mechanisms on the border is based on the 2012 assessment. 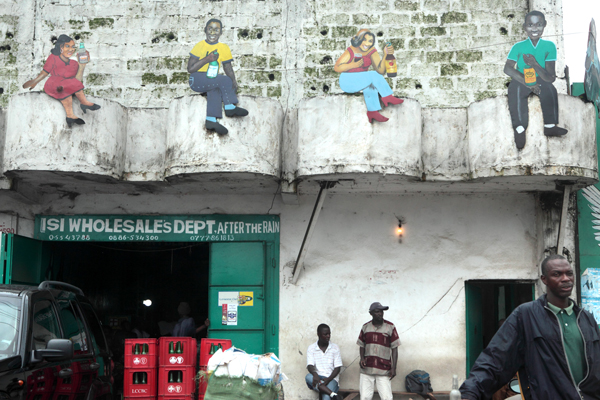 From 1989 to 2003, Liberia experienced 14 years of widespread, chronic and vicious armed violence – including two periods of all-out civil war. Accounts of the violence are brutal, involving crimes against humanity, public torture, amputation, cannibalism, rape, and mass execution. The lives of average Liberians were devastated. Families were displaced; recruitment of child soldiers was commonplace. In total, the conflict claimed between 150,000 and 250,000 lives, displacing nearly 1.5 million individuals. The legacy is a country struggling to recover economically, institutionally and psychosocially.

Following the Comprehensive Peace Agreement (CPA) in Accra in 2003, however, Liberians have worked with striking success to rebuild their lives, their economy and a viable political system. A transitional Government of Liberia, supported by ECOWAS and the UN Mission in Liberia (UNMIL), was established in 2003. UNMIL supported the implementation of a rapid Disarmament, Demobilisation, Rehabilitation and Reintegration (DDRR) programme in 2004, disarming and decommissioning some 101,495 individuals. A revitalised democratic process was managed by the newly-established National Elections Committee (NEC) in 2005, and Africa’s first female head of state, Ellen Johnson-Sirleaf was inaugurated as President in January 2006.

Considerable progress has been made by the Government of Liberia, working with UNMIL and international partners, to implement security sector reform (SSR). Working substantively with the Armed Forces of Liberia (AFL) and the Liberian National Police (LNP), as well as a range of associated security and justice agencies and entities, progress has been made in building capacity and restoring trust in the principal security actors, though much of this has been focused on Monrovia and urban centres, with considerably less extension into the rural sector in the counties. The National Capacity Development Strategy (NCDS) acknowledges that, while important advances have been made, these key actors remain under-resourced, lacking the capacity to fulfil the aims and responsibilities of a fully functioning security sector.

In 2008, the Government of Liberia, again with the support of international partners, launched a new Poverty Reduction Strategy (PRS) and, more recently, the NCDS. These strategies aim to improve national security and stability by progressing Liberia through post-conflict status into recovery, with a particular emphasis on economic transformation, development of the Liberian workforce, and sustainability. The Government of Liberia recognises the persistence of violence in the everyday lives of Liberians, the PRS characterising the remaining risk thus: “though the threat of an armed conflict has reduced, increases in armed robbery and related secondary crimes (particularly rape) and vigilantism are significant threats to individual and community security.”

Liberia shows that the cessation of civil conflict cannot be equated with the end of violence (World Bank, 2011a). Indeed, Liberia exemplifies the utility of ‘armed violence’ as a conceptual framing, allowing researchers, analysts, policy-makers and practitioners to understand and address the full range of weapon-related harm happening in a country, whether classed as at war or not. By taking a public health approach, led by the empirical evidence of death and injury rather than the political nomenclatures of ‘conflict’, ‘post-conflict’ or ‘crime’, the armed violence lens promotes protection of civilians and citizen security in all situations, and encourages the better integration of humanitarian, security, development and human rights instruments and approaches in so doing.