AOAV has developed a three-pronged approach to advancing the policy agenda of the rights of victims of armed violence:

In our efforts to get the rights of victims and survivors of armed violence more recognised worldwide, AOAV advocates to ensure that victims’ rights are included in the wording of international weapons treaties, especially the Mine Ban Treaty, the Convention on Cluster Munitions, the Arms Trade Treaty, and in casualty recording. 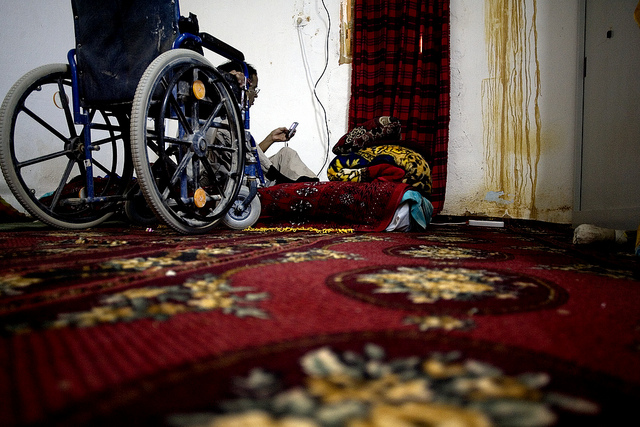 AOAV believes that accurate recording, identification and acknowledgement of casualties are crucial for understanding the needs of victims and their surviving families and communities.

As we push the agenda forward, AOAV calls on states, NGOs and international organisations working with victims and survivors of armed violence, to ensure they approach their efforts in a rights-based way and are working with the ultimate goal of ensuring equality of opportunity in society. They should make available information on how they target persons with disabilities, women, children, and other vulnerable groups in their work, and how they ensure that the measures they take are inclusive and rights-based.

AOAV calls for the coordination of work between international treaties to ensure that the work for victims and survivors of landmines, explosive remnants of war, cluster munitions, and armed violence is not duplicated and efforts are most efficient and effective in advancing the rights of all victims of armed violence.

To this end, AOAV is working to engage relevant organisations, academics, practitioners and champion governments in a working group to advance the rights of victims of armed violence as an international policy agenda. In November 2013, AOAV is organising a symposium in collaboration with Harvard Law School’s Human Rights Clinic, which will be used as a way to bring all relevant actors together and discuss the potential for joint advocacy work on this issue.

As part of our work, AOAV helps to get survivors of armed violence to be part of the conversation when international treaties are developed, as well as responding to their needs when it comes to the planning of armed violence programme.