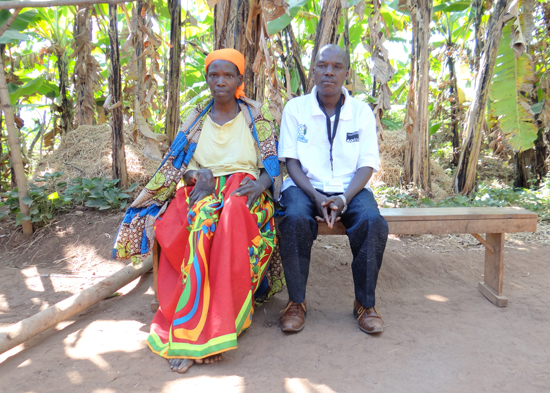 AOAV seeks to provide support for the populations affected by the country’s violent history. The effects of armed violence in Burundi are exacerbated by the lack of medical care and psychological support available. Those who served as combatants or were associated with armed groups during the conflict, particularly women and girls, tend to be marginalised and even rejected by communities, adding extra challenges to adapting to post-conflict life.

In Burundi, although the majority of ex-combatants were men, women and girls associated with armed groups with largely excluded from official disarmament processes and therefore receive little support. For example, women in support roles for armed groups, such as cooks, did not qualify for re-integration programmes.

In contrast, many men who bore arms during the conflict surrendered their arms and received support. Women and girl survivors faced increased stigma and marginalisation, are at an increased risk of sexual and gender based violence, contracting HIV, and they have had limited access to education and livelihoods opportunities. Traumatic events experienced by women survivors have lasting effects on self-esteem, decision-making capabilities, limiting a survivor’s ability to interact socially and her socio-economic independence.

In cooperation with the National Ex-Combatant and Victim’s Network (CEDAC) and the Center for Interntional Stabilization and Recovery (CISR) AOAV is working with women and men survivors (including ex-combatants, adults associated with armed groups, returnees and IDPs) providing psycho-social support to address the trauma related to past involvement in armed violence, losing a family member through armed violence, domestic violence, rape and sexual violence, living with disabilities and socio-economic marginalization.

Women and men were involved in developing the programme, conducting needs assessments and have been trained as supervisors and peer support outreach workers to deliver community based counseling support for survivors (the majority of which are women). Involving women and men who with similar experiences of armed violence in psycho-social support allows them more effectively  engage with and identify other survivors and people at risk.

AOAV’s work in Burundi aims to promote the rights, and improve the safety and security of women survivors of armed violence, by developing capacities of outreach workers to provide community-based psychosocial support and counselling, as well as awareness-raising campaigns to promote women’s active participation in decision-making and access to education.

Similarly to its victim assistance work in Liberia and Western Sahara, AOAV’s victim assistance programme in Burundi focuses on the victims and survivors’ needs and aspirations, with a particular emphasis on engaging them in every stage of the programming process from design to monitoring and evaluation. By developing training manuals and training CEDAC’s volunteer network in rights-based advocacy and peer outreach work, AOAV empowers ex-combatants, refugees, Internally Displaced People (IDPs) and survivors of sexual violence, with a particular focus on women and girls.

“I abandoned my studies because my parents were no longer able to pay for my tuition. That’s when I joined the rebellion. I was recruited to treat the sick and the wounded. I was raped and I had two children,” tells survivor Elisabeth Nibigira. “Since the trainings, I have learned many things, such as to help others who are facing trauma. The trainings changed my life and I will help others to change their lives.”

“When I came back from the bush, after 10 years being in the war, I could not face the challenges of life by myself. My total dependence to other people was result of the fact that the community have been doing everything for me and pitying me,” tells another survivor. “Now I understand that I must be responsible for my life and for my children, and the trainings have given me the skills, knowledge and courage to stand up and engage in socio-economic activities.”

Drawing from its Agricultural Training Programme in Liberia, the second phase of AOAV’s victim assistance programme in Burundi will be to expand the psychosocial support work and integrate sustainable livelihood activities.