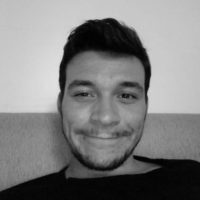 Murray Jones is an investigative journalist who has been with AOAV since September 2020. His investigations into British-linked deaths of Afghan civilians, the UK’s lack of civilian casualty counting and UK exports of tear gas earned him a nomination at the 2022 Amnesty Media Awards for the Gaby Rado Award for Best New Journalist (winner announced May 2022). Prior to AOAV, he finished his Master’s degree in Investigative Journalism at City University, where he won the Richard Wild Prize for Highest Mark out of the 300+ student cohort.

He has previously lived and worked in Vietnam and India and worked as a local reporter in Kent. He studied Politics and Philosophy at the University of Sheffield, focusing on the ethics of deception and hypocrisy. His work has been published by the BBC, The Guardian, The Sunday Times, Daily Mail, The Telegraph, Sky News, Byline Times, Al Jazeera and PoliticsHome, as well as receiving international coverage in 60 countries.