While armed violence is a problem that people can understand and debate at the global, regional, and even national levels, the impact of armed violence is felt most strongly by those at the local level. Streets, neighbourhoods, communities, and cities are most often the locus of efforts to practically reduce armed violence that are impacting peoples’ daily lives. 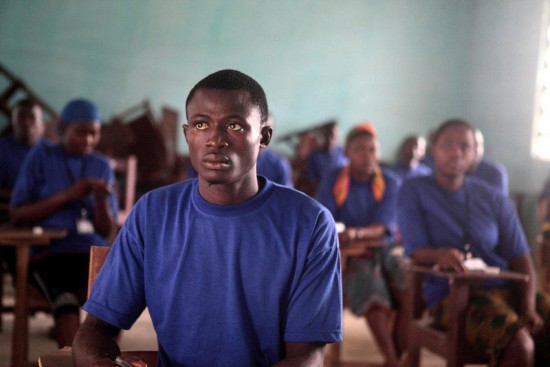 AOAV is committed to supporting community-based solutions to the problem of armed violence through its research, policy work, and on the ground programmes.

The problem of armed violence tends to be most serious in locations with high levels of income inequality, significant ownership of arms, high unemployment, limited or weak government services (especially in the provision of security and justice), and a history of social tension and violent conflict. Another critical factor is the size of the youth population and the availability and quality of education and employment opportunities available; where these are in short supply, instability and armed violence tend to follow.

According to the World Bank[1], approximately 1.3 billion youth live in developing countries, where many youth lack basic education, marketable skills, sufficient employment, and opportunities to engage in the social and political life of their communities. In Afghanistan (68% of the population under 25 years old), the Palestinian Territories (67%), and across West Africa (40%), large populations of underemployed and vulnerable youth portend problems if nothing is done to support these vulnerable groups.

Academic research and practical experience has shown that communities with large populations of unemployed young men are at the greatest risk of a wide host of social problems: from delinquency and alcohol abuse to petty theft, gang membership and armed violence. Around the world, in communities where armed violence is rampant it is often young men committing the violence or having it done to them. In 2010, the Center for Disease Control (CDC) found that the homicide rate for young men in the U.S. was 22.6 deaths per 100,000 (the overall global rate is 7.9, including countries in conflict); for women of the same age the rate was 3.4.

Therefore, AOAV has prioritized engaging vulnerable young men in all its livelihood, conflict transformation, and community strengthening programmes. Providing this population with technical (and life) skills, guidance, counselling, and employment opportunities can reverberate throughout their communities, encouraging economic development and stability.

Geographically, AOAV has tends to focus its community-based efforts on “hot spots”: locations with a history of conflict and violence, including urban areas and border zones. In Liberia, AOAV has provided life and employment skills, counselling, and job placement assistance to thousands of at-risk youth and former combatants from vulnerable communities over the past 6 years, consisting of three to six month programmes held in four training centres across the country.

AOAV works in disadvantaged and violence-affected urban areas in neighbourhoods around Monrovia, deploying Conflict Transformation Teams (CTTs), opening community youth centres, and improving police-community relations through enhanced dialogue and problem-solving sessions. AOAV is also building the capacity of community watch groups in underserved communities along the Liberia-Sierra Leone border, assisting them in violence monitoring and prevention and helping them build stronger links to regional security hubs and border police. In Burundi, AOAV and its local partners provide psychosocial counselling to those impacted by armed violence and conflict in order to help victims recover psychologically, rebuild their lives, and integrate into their communities.

Looking forward, AOAV has begun to conduct research and explore programming specifically in the problem of urban violence, including the problem of gang violence, organized crime, and drug trafficking. AOAV is analysing the problem of urban violence in Latin America and engaging local partners in discussions on best practices in reducing it in an effort to share ideas across the region and to new contexts, such as in Africa and Asia.  AOAV is also promote ng the principles and practices of community-based policing, which involves building collaborative relationships between communities, police, the justice sector, municipal authorities, and civil society organizations in a joint effort to solve problems instead of solely focusing on detentions, arrests, and convictions.